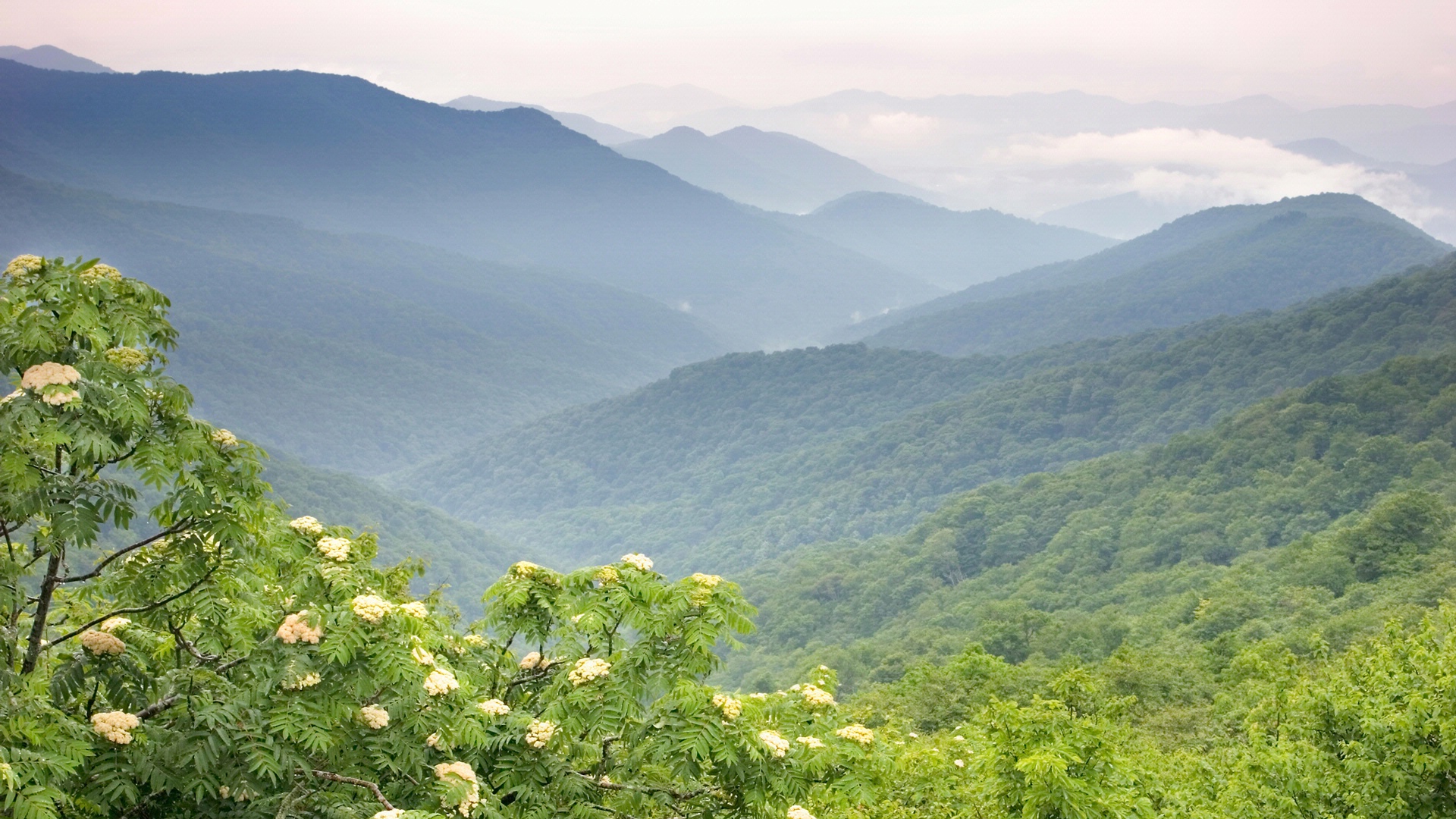 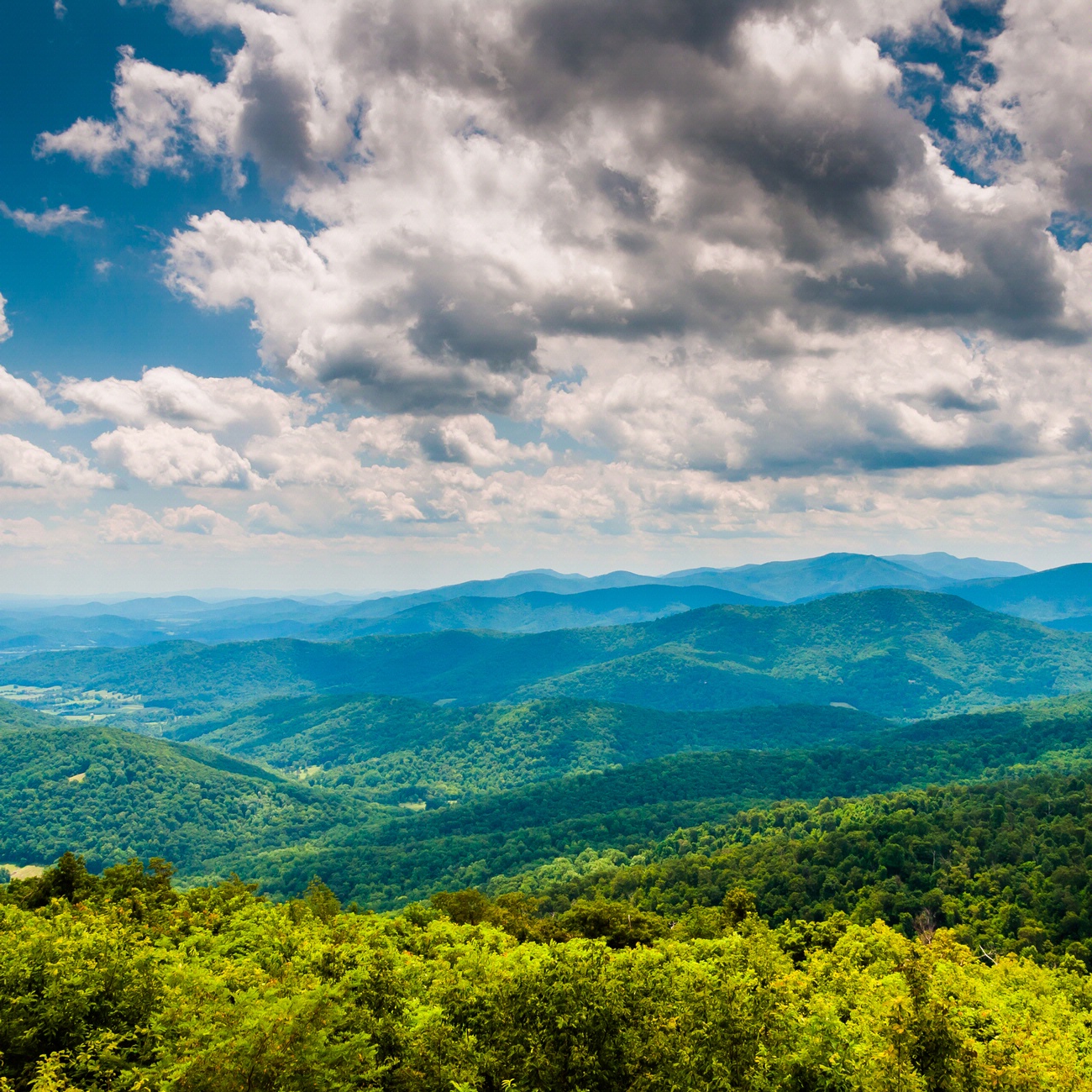 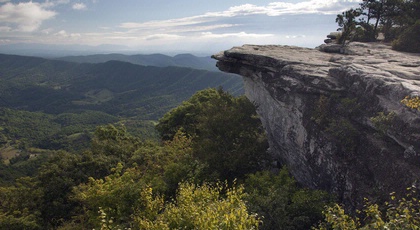 Feature Adventure: The A.T. at Your Door

The Roanoke region is home to one of the most photographed sights along the Appalachian Trail: the cliff at  McAfee Knob. Take the four-mile trail of the same name (with a trailhead roughly 20 minutes from Roanoke) to reach the dramatic rocky overhang – roughly 3,171 feet in elevation – that overlooks the most phenomenal 270-degree views of the Catawba Valley to the west, the Tinker Cliffs to the north, and the Roanoke Valley to the east. While the sight was featured in the 2015 film A Walk in the Woods (in fact, it’s right on the movie poster), the whole hike is packed with highlights: wooden bridges, rippling creeks, and giant boulders. 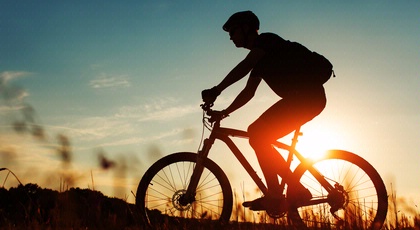 Ride 40 miles of trails, steep climbs, and awesome descents with Roanoke Mountain Adventures's full-day trips. Take advantage of the endless adventure activities that wait for you at Carvins Cove, known as the mountain bike capital of the East. 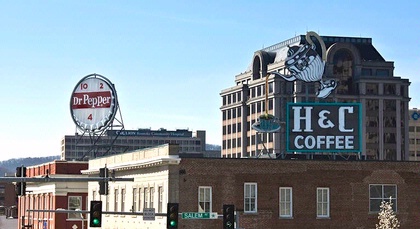 The taste of the town

Feed your inner foodie on Tour Roanoke's three-hour, 1.3-mile tasting tour. Begin in the Regency Room at Hotel Roanoke, and explore six other tasting locations by the end of the night. Choose this culinary adventure, and discover the aromas, sights, and taste of bustling downtown Roanoke. 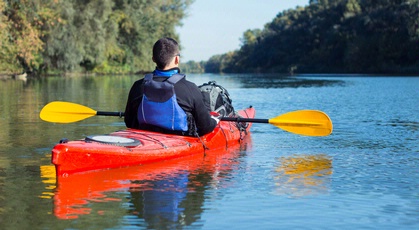 Listen... the river is calling!

Navigate the Roanoke River through slow scenic stretches and thrilling intermittent Class I rapids. You will be shuttled to one of two river access points, Roanoke’s Wasena Park or Smith Park, where you will enjoy a beautiful two- to three-hour float. 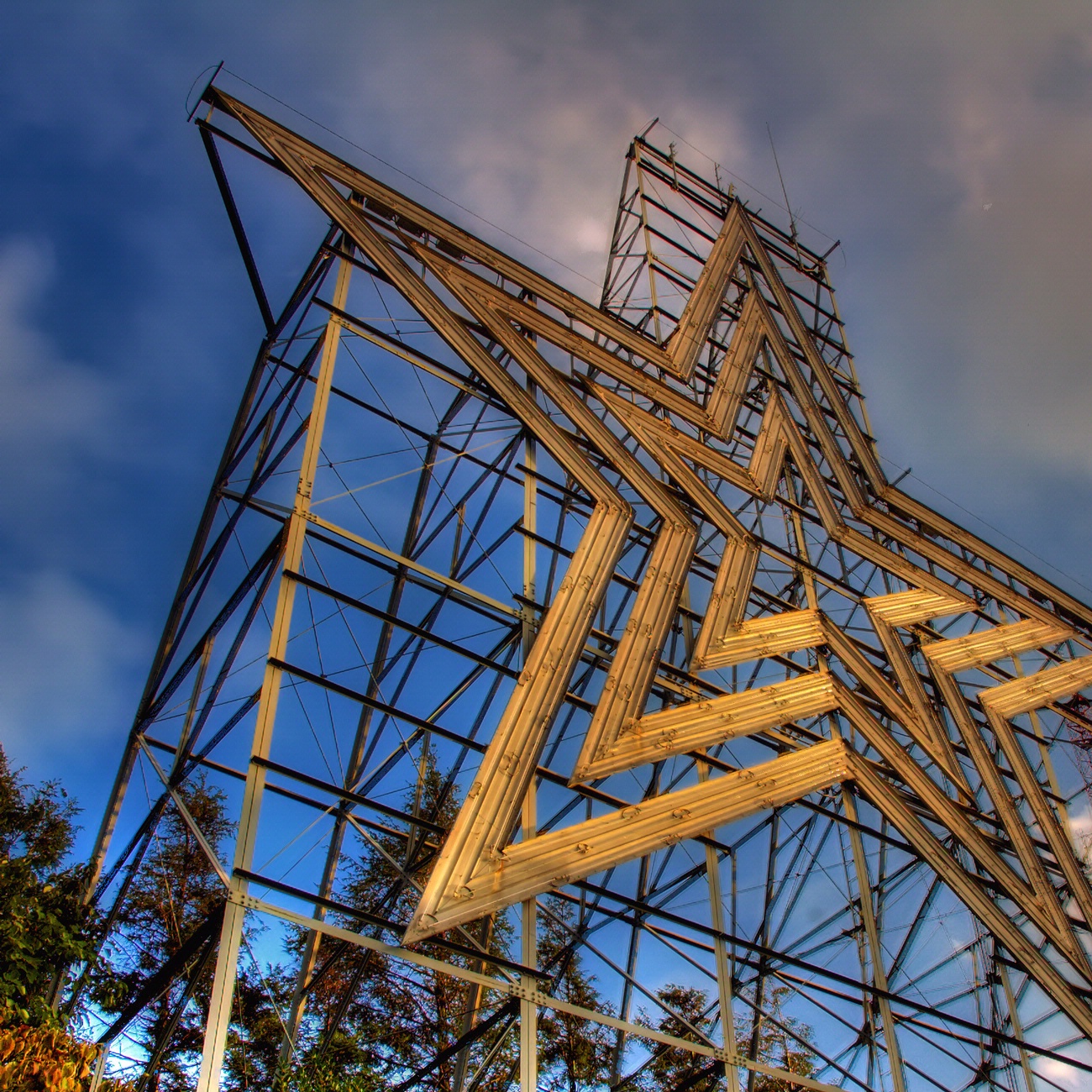 What’s the deal with that 100-foot neon star you see as you drive into Roanoke? Constructed in 1949 atop Mill Mountain, it was only meant to serve as a seasonal Christmas decoration, but the community decided to keep it up year-round. Take a drive up the paved Prospect Road to see it up close – and enjoy it’s vantage of the city from 1,045 feet.

Voted “Best Restaurant” and “Best Staff” by The Roanoker Magazine and having earned a Wine Spectator “Award of Excellence” in 2016 and 2017, this little eatery is a must. Their high-brow menu is made entirely with locally sourced ingredients so they change regularly, based on what is in season.

If you want to truly eat like a local, head to the Regency Room in Hotel Roanoke, and order this dish that has been a Roanoke staple since 1940. For years, the hotel had kept the recipe for the rich soup a secret, until too many guests and locals begged to take it home. You can, too; inquire at the front desk.

The only historic movie house still standing in greater Roanoke, this 1931 Spanish Colonial Revival theater’s featured attraction is its variety: independent films, the season’s blockbusters, and classics all share space on the historic marquee. Inside, expect old charm in the form of a velvet-curtained ticket booth and a remarkably ornate 323-seat main theater. 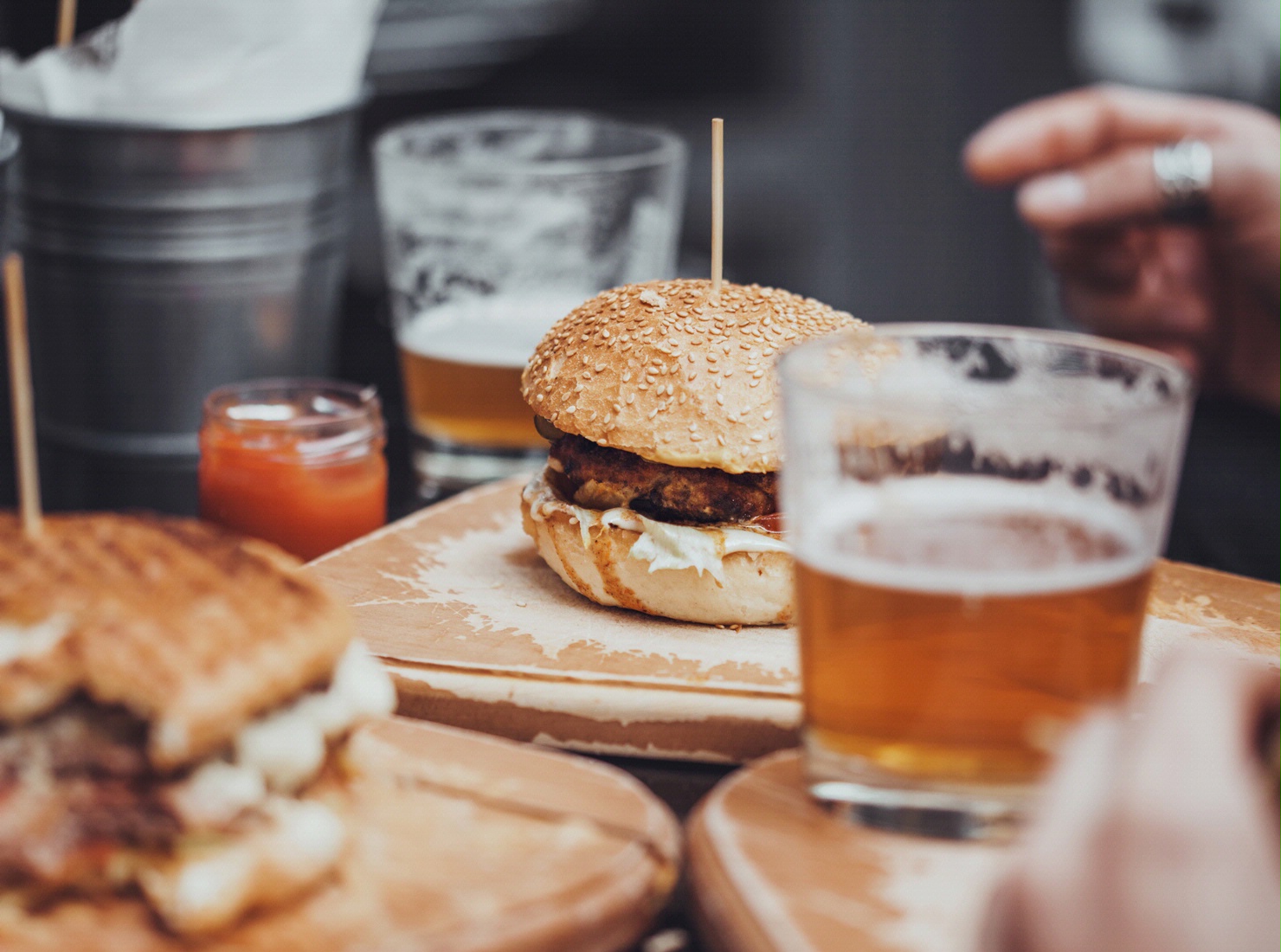 Every Friday, Tour Roanoke offers a four-and-a-half-hour whirlwind tour to three of seven of the area’s go-to craft breweries, with a pick-up location at the Roanoke Visitor Center (right across the street from Hotel Roanoke). Along the way, you’ll hear the history of beer in Roanoke, then end with the final stop at the city’s iconic Texas Tavern for the last tasting and a complimentary cheeseburger.

If the burger wasn’t enough to soak up the suds you just ingested, the late-night menu from this Hotel Roanoke pub will do the trick. With a gentleman’s club vibe – owed to the fact that it was once a World War II Officer’s Club – the restaurant specializes in shareable apps (crab dip, sriracha chicken wings, nachos), as well as sandwiches accompanied with the hotel’s signature apple slaw.

Futuristic with sharp angles of steel and glass, this downtown icon sticks out among the sea of ho-hum brick buildings. Home to a permanent collection that ranges from contemporary Roanoke artists to 3,000-year-old Egyptian ceramic figures, the most interesting gallery may just be the “Mixed Bag Gallery,” a rotating collection of 130 jewel-encrusted Judith Leiber purses – status symbols among celebs and first ladies.

The downtown walkable Market District is lined with retail stores and specialty shops. Spend a few hours browsing high-end contemporary boutiques, like 310 Rosemont and La De Da with brands like Frye and Free People. Finish up with lunch at Table 50, serving farm-fresh American cuisine, then grab dessert at Chocolatepaper, home to gourmet chocolates from around the world.

5 p.m. | Play Pinball at Center in the Square

This six-story building in downtown Roanoke is home to a 6,000-gallon aquarium, rooftop gardens, and four museums. While you could spend a whole day here, tonight, you’re just going to check out the building’s newest addition: The Roanoke Pinball Museum, open until 8 p.m., where you can play more than 50 old-school pinball machines, ranging from the 1930s through 1990s.

This colorful eatery blends the art and vitality of Mexican street art with the kind of sophistication you would expect to find in Manhattan. In addition to its expansive menu of Latin American dishes, Tuco’s offers more than 90 different types of tequilas and mezcals.

Ornate columns, rich drapery, white tablecloths, and chandeliers make Hotel Roanoke’s signature restaurant one of the most elegant in the area. The Grand Buffet Sunday Brunch features a live pianist, a rotating selection of favorite breakfast items (biscuits with gravy, smoked salmon, homemade granola, etcetera) and chef-manned omelet and roast beef carving stations. This AAA four-diamond spread is so popular that it has won “Best Sunday Brunch” in The Roanoker Magazine for the last 13 years and was voted “One of the Top 100 Brunches in the Country” according to Yelp. 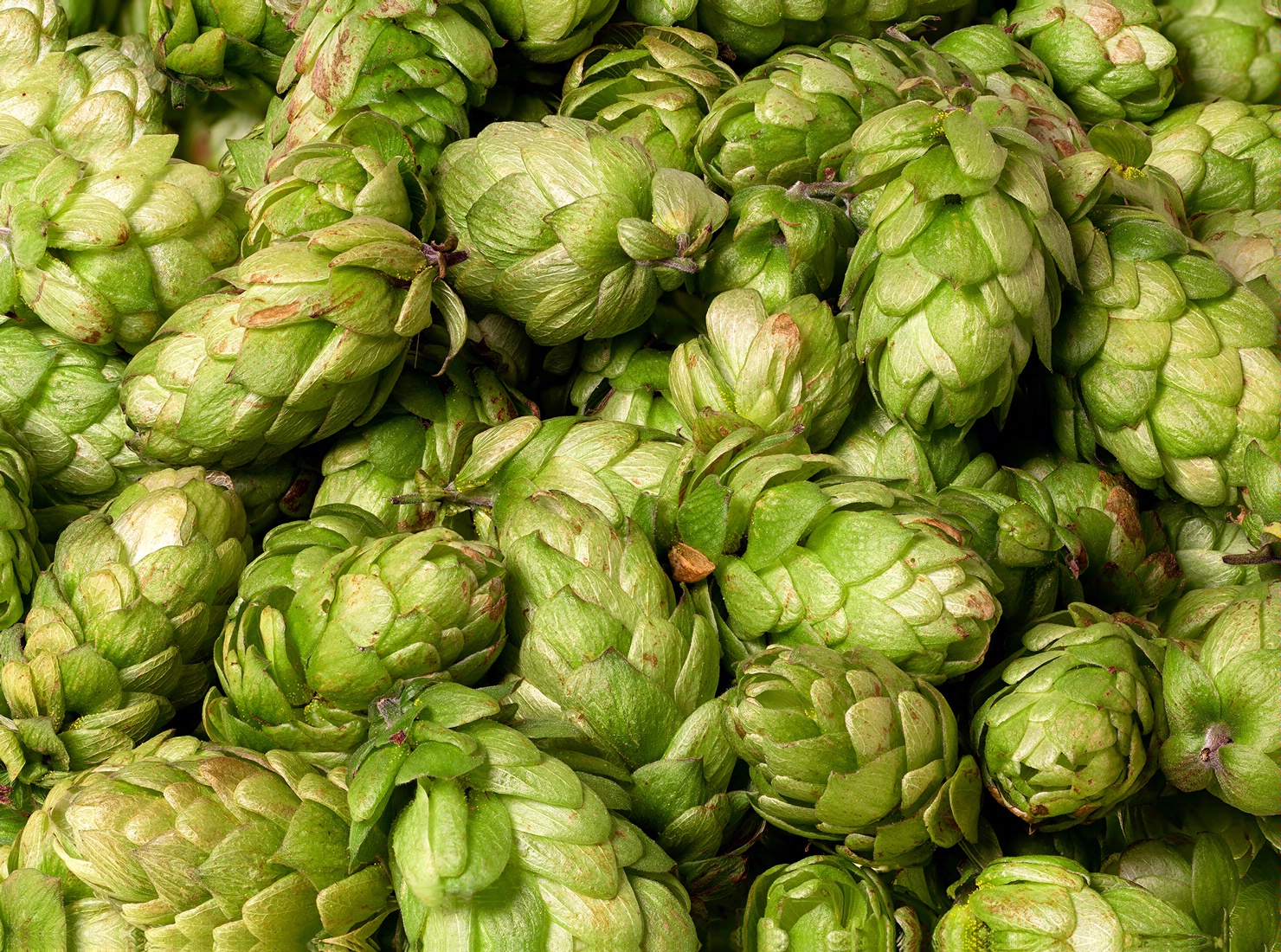 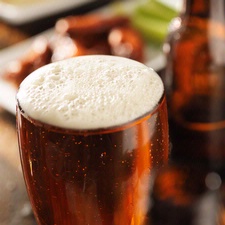 Big Lick started as a nano-brewery, but has since been named one of the 50 fastest growing breweries in America by the Brewers Association. Despite the boom in popularity, you can still expect a wide range of traditional styles, plus a few experiments rotating on a monthly basis. Previously featured concoctions included a rhubarb saison made with more than 40 pounds of local rhubarb and an imperial stout aged with cacao, vanilla beans, cinnamon, and ancho chiles. 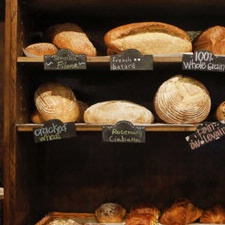 Serving breakfast dishes, sandwiches, coffees, and salads, the biggest seller of this downtown Roanoke bakery is its bread. With all baking done by 8 a.m., the roster includes a handful of everyday staples (like rolls, baguettes, and batard), as well as a rotating schedule that features different breads on certain days, like Mediterranean olive on Friday and brioche on Saturday. Plan accordingly. 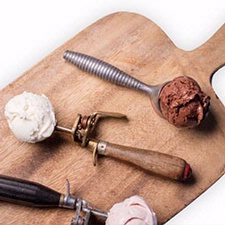 Perched on the bank of the Roanoke River, this small-batch creamery makes all of their flavors on site, from strawberry balsamic to mint chip to brown butter pecan. Try their ice cream flights, which includes a generous helping of any four flavors available that day. 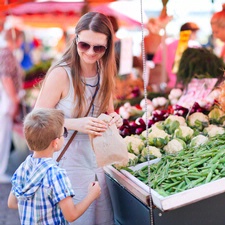 Virginia’s oldest continuously operating open-air market (established in 1882) is based in downtown Roanoke. Open year-round, seven days a week (with the exception of Christmas and New Year’s Day), the market’s 42 permanent tables reveal an inviting display of fresh fruits, vegetables, flowers, and more. Be sure to stop by the table of Martins Farm – the family-run farm has had a presence at the market since 1904.