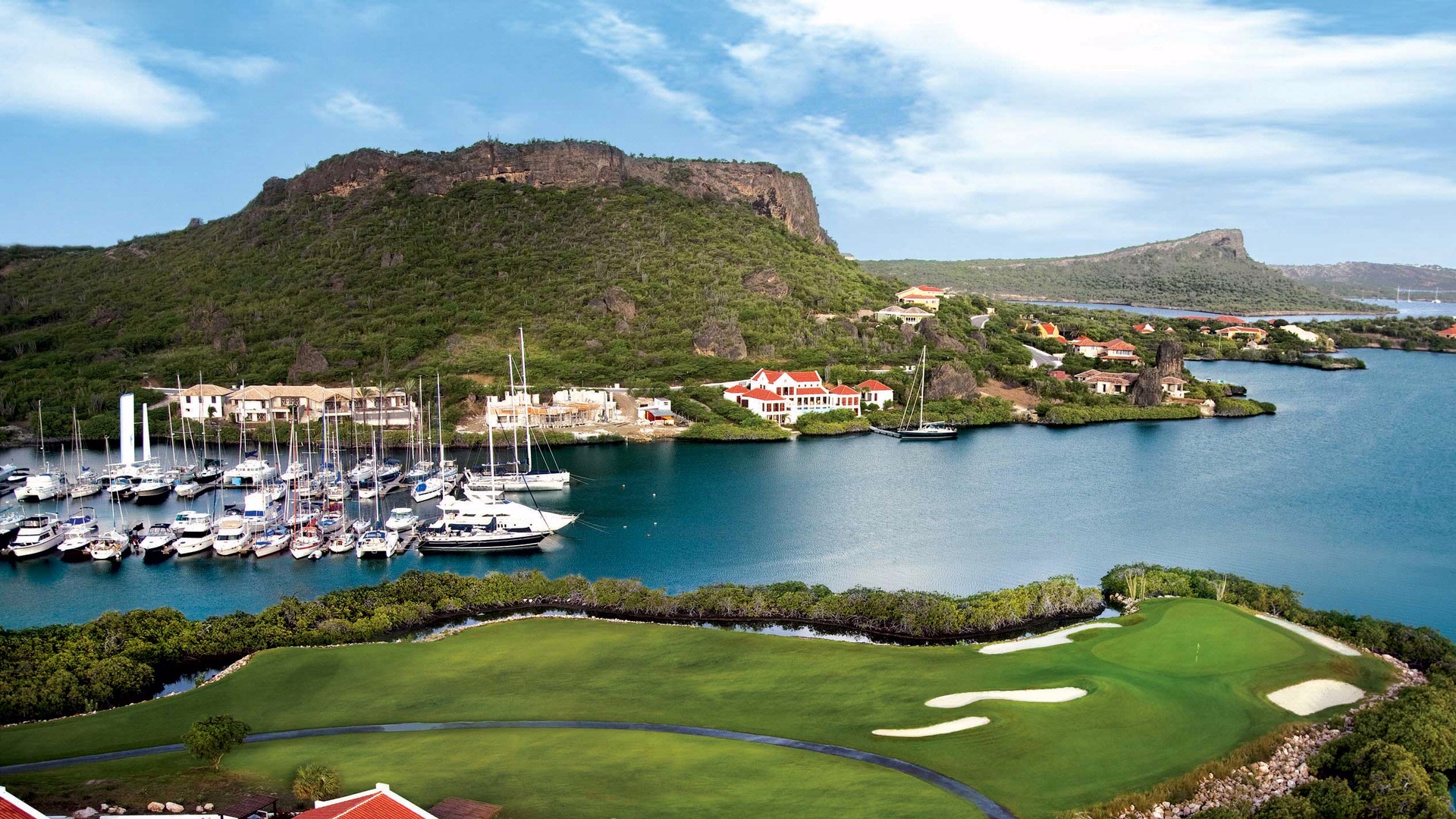 If looking to feed your sense of adventure, the islands of Oahu, Hawaii and Curacao in the Caribbean offer a never-ending buffet – Curacao with a heaping platter of underwater caves, hidden dives, and hikes; Oahu with epic surf, golf, and sun; both with cultural experiences you’ll never forget. 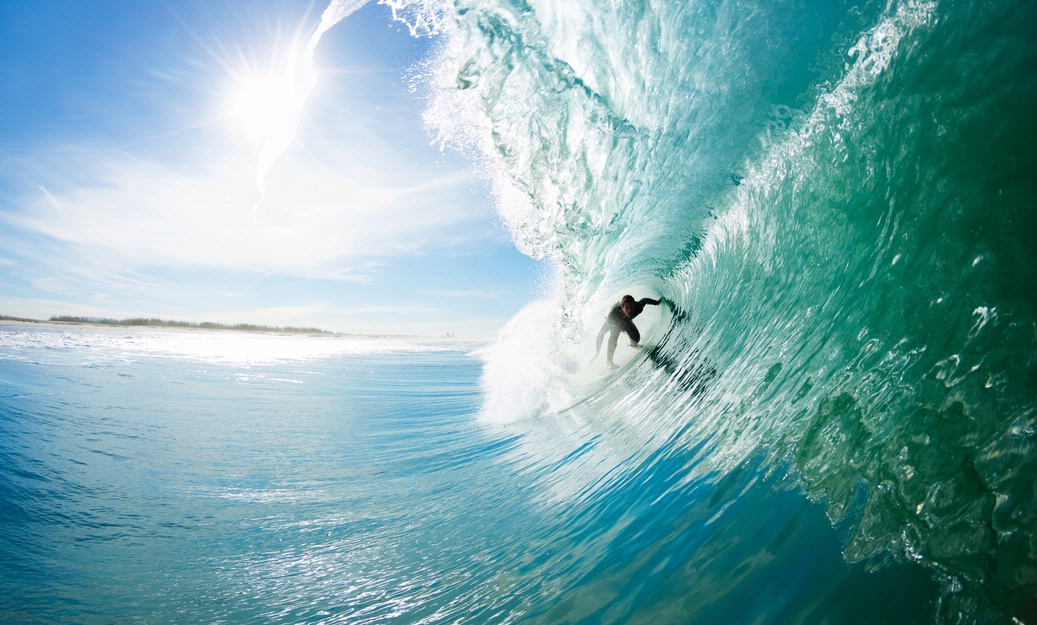 On the North Shore of Oahu, Hawaii
Turtle Bay Resort’s
Legends of the Surf
... a place where even the most divergent personalities and nationalities unite
By Jay DiMartino
READ MORE... 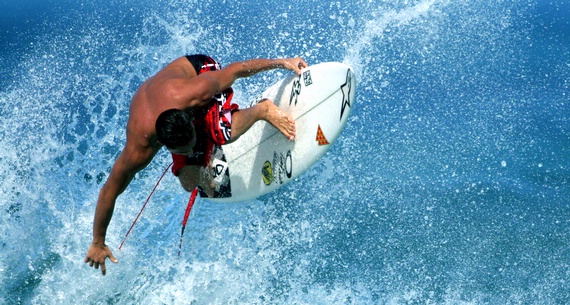 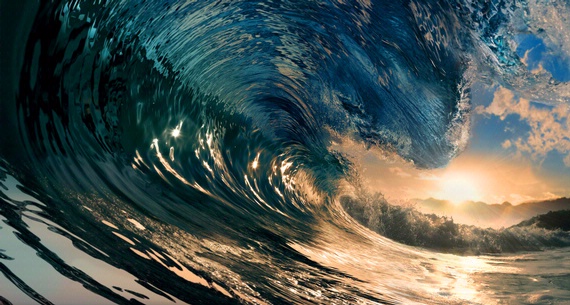 To “talk story,” known in Hawaii as “mo’olelo,” is the tradition of personally sharing important stories to preserve them for future generations. In honor of that, Turtle Bay Resort has hosted its own Talk Story a seasonal series in partnership with Surfer Magazine, for the last five years. Held on Thursday nights in the resort’s Surfer The Bar the world’s most well-known watermen come to share their take on the power and pull of their beloved North Shore, a place where even the most divergent personalities and nationalities unite under a similar, almost-spiritual connection to the ocean. But few have gotten to know the treacherous surf and ever-changing social landscape like these three previous Talk Story speakers.

North Shore native Mark Healey burst on to the surfing scene as a 14-year-old big-wave prodigy in 1995. He has ridden tidal bores in China and hitched rides on the dorsal fins of 15-foot great white sharks just for the rush. Making his living free-falling into 30-foot waves without the assistance of Jet Skis and freediving to astounding depths, 35-year-old Healey is breaking ground as a leader of modernsurfing’s new breed of big-wave purists.

“My era of surfing is what it is today because of pioneers [like Fred Hemmings and Clyde Aikau]. Because of those pioneers, we can be professional surfers, receiving funding to explore and travel like no other generation before.” –Mark Healey

Fred Hemmings, The Senator of Surf

Fred Hemmings won the 1968 World Surfing Championship during the sport’s “golden age” and is famous for being the organizer of the North Shore’s Pipeline Masters and Triple Crown of Surfing. Also the creator of the International Professional Surfers tour, Hemmings engineered the framework for today’s professional pro circuit before being elected a Hawaiian state senator.

“Surfing here is special because there’s personality within the waves. One day at Makaha [on the west coast], it’s playtime; the next, it’s 20 feet and deadly. The same with Sunset. And as exciting as the monster waves of Teahupoo [in Tahiti] are, that’s all there is down there.” –Fred Hemmings

The younger brother to Eddie Aikau – the undisputed master of big-wave riding who was lost at sea during a 1978 canoe voyage – Clyde Aikau was among Waimea’s early dominators. Serving as Waimea’s first lifeguard alongside Eddie, Aikau won the Makaha International Surfing Championship and the inaugural Quicksilver in Memory of Eddie Aikau big-wave contest. Considered a Waikiki surfing legend, Aikau still charges Waimea well into his 60s. 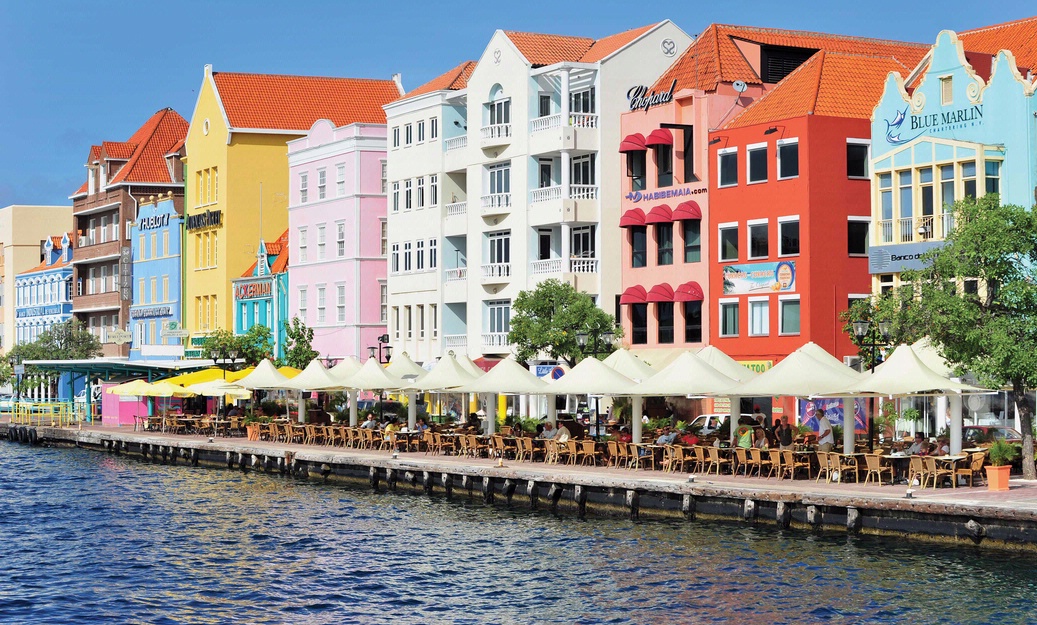 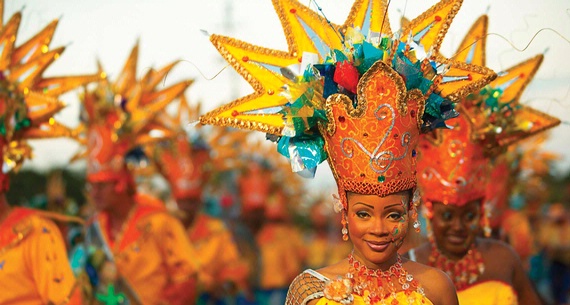 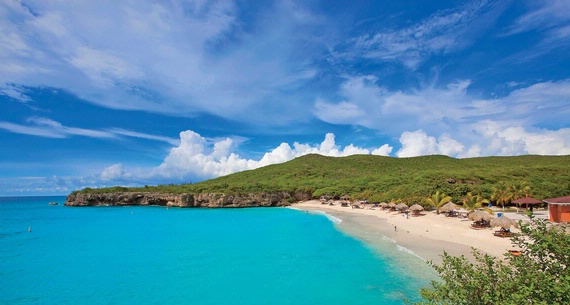 If the “ABC Islands” of the southern Caribbean were siblings, Aruba would be the darling as the most visited and well known; Bonaire, the wild child blooming with underwater sights; and Curaçao, the largest of these Dutch-influenced isles off the northern coast of Venezuela, would be the well-rounded one. Here, outstretched arms of cacti dominate the arid interior, bays and inlets with warm, brilliantly clear waters pepper the southern coastline, and a dense rainforest canvases in the mountainous Christoffel National Park on the northern peninsula. For all that varied terrain, the most diverse spot may be within the pastel-lined streets of the capital of Willemstad, where a blend of cultures has left its mark across centuries, thanks to first Spanish then Dutch colonization, the transatlantic slave trade, and an influx of worldwide immigrants. Here are few things you’ll be surprised to learn about this beautifully blended Crayola box of a city.

1) The downtown buildings of Willemstad, Curaçao’s capital city, are painted in a rainbow of colors because an early 1800s Dutch governor, Albert Kikkert, claimed the original all-white façades plagued him with chronic headaches. Now, it’s speculated that he just held stock in the local paint company.

2) Close to 50 ethnic groups – including Indian, European, African, Asian, and Arabic – make up the uniquely mixed community. It has given rise to the island-specific dialect known Papiamentu, a blend of Spanish, Portuguese, Dutch, and several African languages that has been spoken here for 300 years.

3) The Floating Market – an open-air market located in the Punda district of Willemstad – gets its name from the fact that all the produce (bananas, yucca, sugar cane, key limes, passion fruit) comes in from wooden boats from Venezuela, 40 miles away. Such produce would be impossible to grow in Curaçao’s arid conditions.

4) Few realize how large of a role Curaçao played in the transatlantic slave trade; in fact, the island was once the biggest slave depot in the world. Chronicling this past, Museum Kura Hulanda in Willemstad is actually located inside the nineteenth-century slave quarters.

5) Have you ever seen emerald-colored rum? You will when you visit the Netto Bar, in the Otrabanda district and one of the oldest bars in Curaçao (having opened in 1954) that is famous for a unique homemade spirit: Ròm Bѐrdѐ, which translates to “green rum.”

6) “Tambú” is an African drum music and dance ritual that developed in Curaçao during slavery. While outlawed by slave masters, the dance survived, becoming part of cultural festivals around the island, including Karnaval.

Santa Barbara Beach & Golf Resort’s Pete Dye–designed Old Quarry Golf Course received its name from the island’s mining history. In fact, native marble is still quarried – a process that has been aroundsince the mid-1800s – from the neighboring Tafleberg mountain. 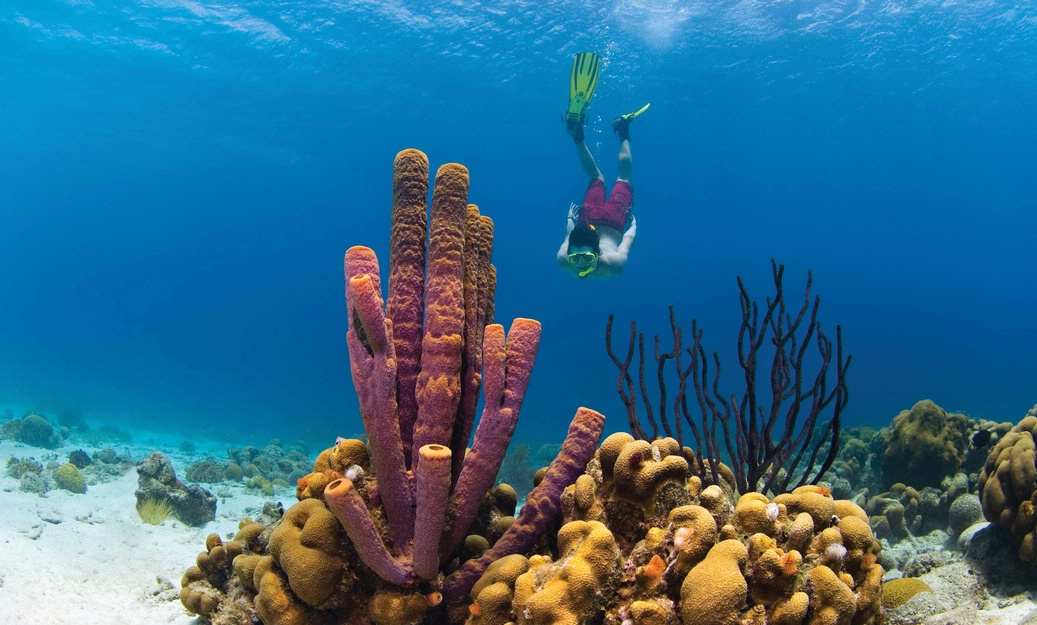 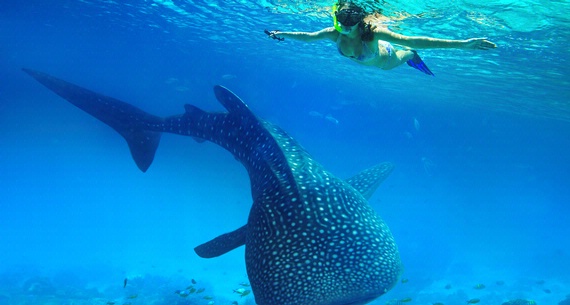 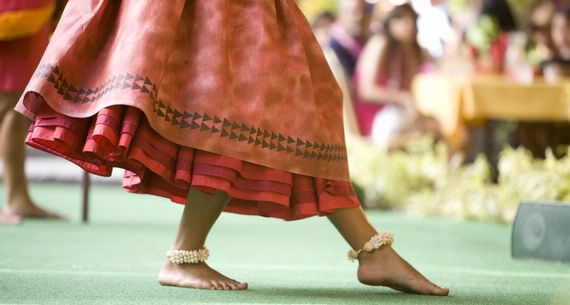 Fuel your fire for adventure in Curaçao and Oahu with these different outdoor, culinary, and cultural ventures.

Who would be crazy enough to free swim in the company of tiger sharks, hammerheads, and other species in their natural habitat without a cage? It’s something the science-minded maritime tour group at One Ocean Diving offers just three miles offshore in Haleiwa Harbor. Along with an unblemished safety record, One Ocean has a history of transforming shark-phobics into shark lovers.

Save for a few passing fisherman who stop by and a few beach huts for shade, the island of Klein Curacao located some 10 miles off the southeast shores of Curaçao, is totally deserted. So, if you can stomach the often-choppy two-hour boat ride out there, the white-sand beach, abandoned lighthouse, and shipwrecked oil tanker – hallmarks of the island – are all yours.

Kahuku Superette may just look like a run-down-looking mini-mart in Kahuku, but its deli dishes out bowlfuls of the best poke (a raw fish salad, pronounced “PO-kee”) on Oahu. The secret is fresh ahi tuna, steamed white ricvegetables, and spices prepared according to a generations-old family recipe.

Plasa Bieu is where you’ll find true krioyo (Papiamentu for “local food”). Located next to the Central Market in Punda, the spot is like a food court lined with a half-dozen food stalls, serving authentic homemade Caribbean cuisine. Recommended dishes: kabritu (stewed goat) and karko (thinly sliced conch cooked in garlic and butter).

You can visit six native Pacific islands without ever leaving Oahu – or its 42-acre Polynesian Cultural Center for that matter. Here, interactive villages that represent the islands of Fiji, Tonga, Tahiti, and more are linked by walking paths and feature 30-minute demonstrations, where you can participate in spear throwing, how to crack a coconut using only a small pebble, and hula dancing.

Few realize that Curacao was actually the center of the transatlantic African slave trade during the seventeenth and eighteenth centuries. For that reason, Willemstad’s Museum Kura Hulanda  – believed to be situated on the site of a former slave yard – chronicles that time in history with a labyrinth of slavery-related exhibits, including a replica of slave ship’s slave quarters.