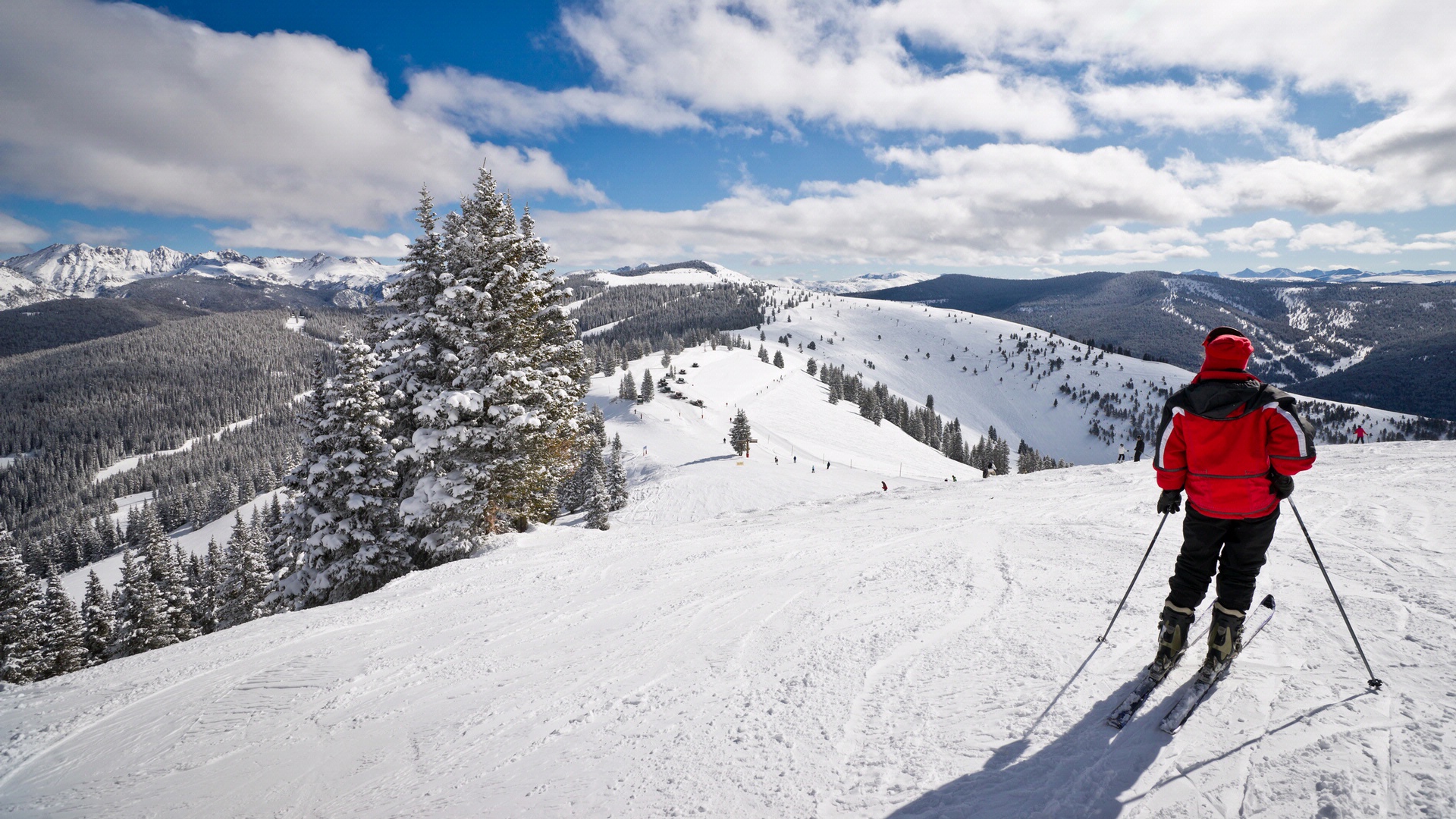 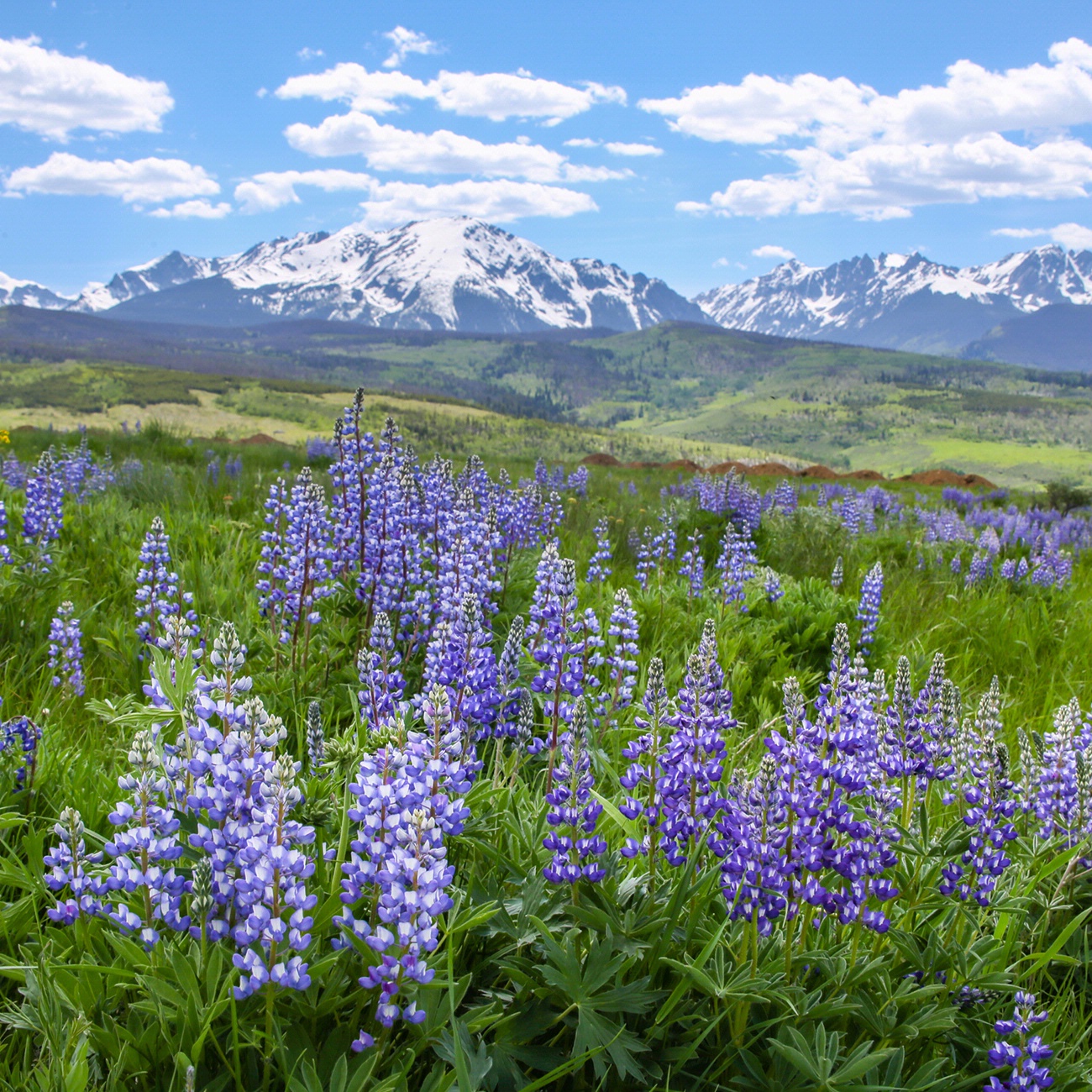 What better way to kick off your weekend than to spend an afternoon listening to free music on top of one of America’s most beloved mountains? Keeping with the American Southwest tradition of Friday Afternoon Clubs, Eagle’s Nest – one of three on-mountain dining locations at Vail – hosts their own club with free live music from local bands, food and drink, and lawn games. While it starts at 5 p.m., we recommend you hang out until the end for one of Vail’s best views of sunset.

With a trailhead off Booth Falls Road in East Vail, this four-mile moderate hike traverses 1,000-feet through the valley to the 60-foot Booth Falls and the lake beyond. While the path rambles through plenty of Aspen groves and meadows full of raspberries and wildflowers, it also opens up for some of the best views of the surrounding mountains – Vail, of course, and the northernmost 14,000-footer, Mount of Holy Cross.

Vail’s vast and open back bowls are no secret. Spanning roughly 3,000 acres, they funnel into some of the most scenic drainages in ski country. But one that often goes missed is Tea Cup Bowl with a not-so-obvious unmarked entrance halfway down Genghis Khan off Chair 17. While one of the smaller bowls, it’s loaded with cliff drops and steep shots.

This series, held at the Gerald R Ford Amphitheater, brings in free music every Tuesday that ranges from rock to country and bluegrass to funk. A local’s favorite, try to get there early (doors open at 5:30) to secure your spot on the grassy hillside with plenty of room if you’re bringing lawn games. Pack a picnic and pair it with a beer tasting provided by the annual event sponsor, Crazy Mountain Brewing.

There is nothing more local than a place called Local Joe’s. The no-frills atmosphere of this four-tap bar and pizzeria tends to keep it under tourist’s radar, which is just fine according the locals – as it’s the place for the best made-fresh pizza in the valley. We suggest their Fiesta in Your Mouth pizza, made with chipotle pesto sauce in place of red sauce. 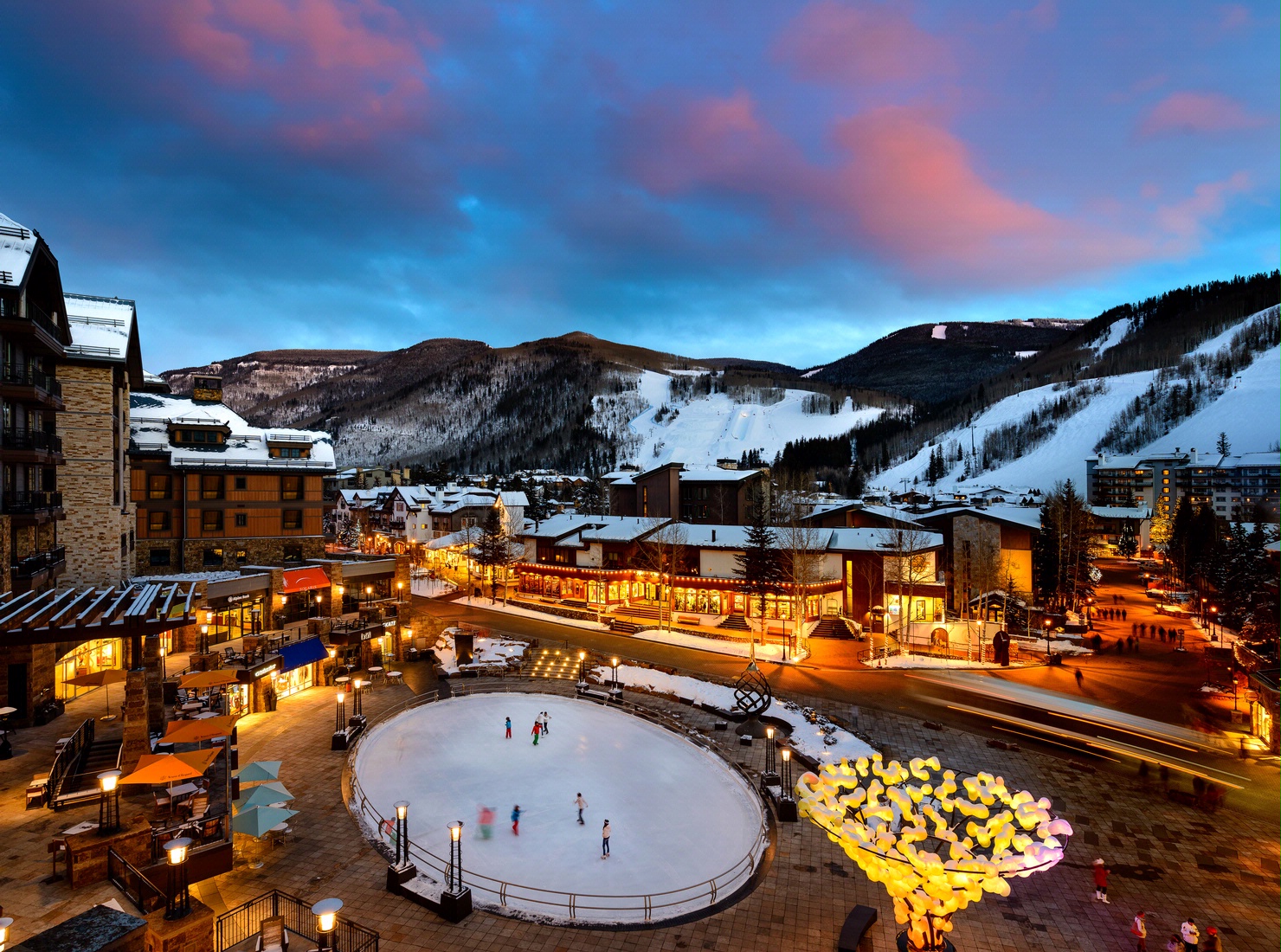 6 p.m. | Classical Music in the Mountains

Four of the world’s best orchestras retreat to Vail in the summer for Bravo! Vail Music Festival: The New York Philharmonic, the Philadelphia Orchestra, the Dallas Symphony Orchestra, and the Academy of St. Martin in the Fields, where each company plays for a week from the beginning of June to the end of July.

This chic eatery bridges rustic and upscale with floor-to-ceiling windows, brushed metal, and wooden accents. While they specialize in a flame-forward menu, like grilled meats, coal-roasted olives, wood-grilled asparagus, there is also a raw bar, serving oyster shooters and peel-em-yourself shrimp.

Originally opened in 1987, this bar has since gone through many different iterations and names, but it has always been considered the epicenter of Vail nightlife. It is comprised of two separate rooms – one side is a live music venue hosting names like Ben Hammond and Steve Meyer, also known as “the good time man”; the other features daily deejays and a dance floor that is open until last call.

Husband-and-wife team Nate and Tara Picklo are the heart behind this metropolitan-style coffee house named for Nate’s moniker earned from his month backpacking through the Alaskan bush. Early mornings here consist of hearty burritos, breakfast paninis, and homemade oatmeal, as well as a superior cup of joe in a modern but cozy setting.

If you want a unique perspective of the mountains, spend a day on the Colorado River. This six-and-a- half-hour tour operated by Timberline Tours takes you down the class III Shoshone Rapids and into a leisurely, scenic float through Glenwood Canyon. This tour is friendly to all skill levels and features a provided lunch.

You’ve heard of a steakhouse but a chicken house? This hidden gem tucked away in strip mall in West Vail is entirely based around the versatility and health benefits of chicken and features only ingredients that are organic, non-GMO, and cooked from scratch. Between their gluten-free options and healthy sides (like citrus quinoa and homemade red slaw), this place is light years away from your average KFC.

The George is more like two restaurants in one. On one side, you’ll find a fine dining atmosphere serving surf and turf and some of the best wine around. On the other, expect couches full of locals sipping beer, playing foosball, and munching on pub fare. The dark, tucked-away feeling of this venue tends to keep it more hidden than most of the restaurants in town, which means low key and comfortable.

This daily rotating buffet has something for everyone from cold cereals and house-made granola to chef’s stations where you can get fresh-made golden skillet potatoes and waffles any way you like them. The best part? It’s just steps from your room.

From June through October, East Meadow Drive becomes a bazaar with more than 135 tents hawking local artisanal goods like soaps and candles as well as fresh produce. Along with 40 food vendors, the farmers market has instituted a Farm to Table dinner once a month, where local chefs display their culinary prowess in an al-fresco–style meal. 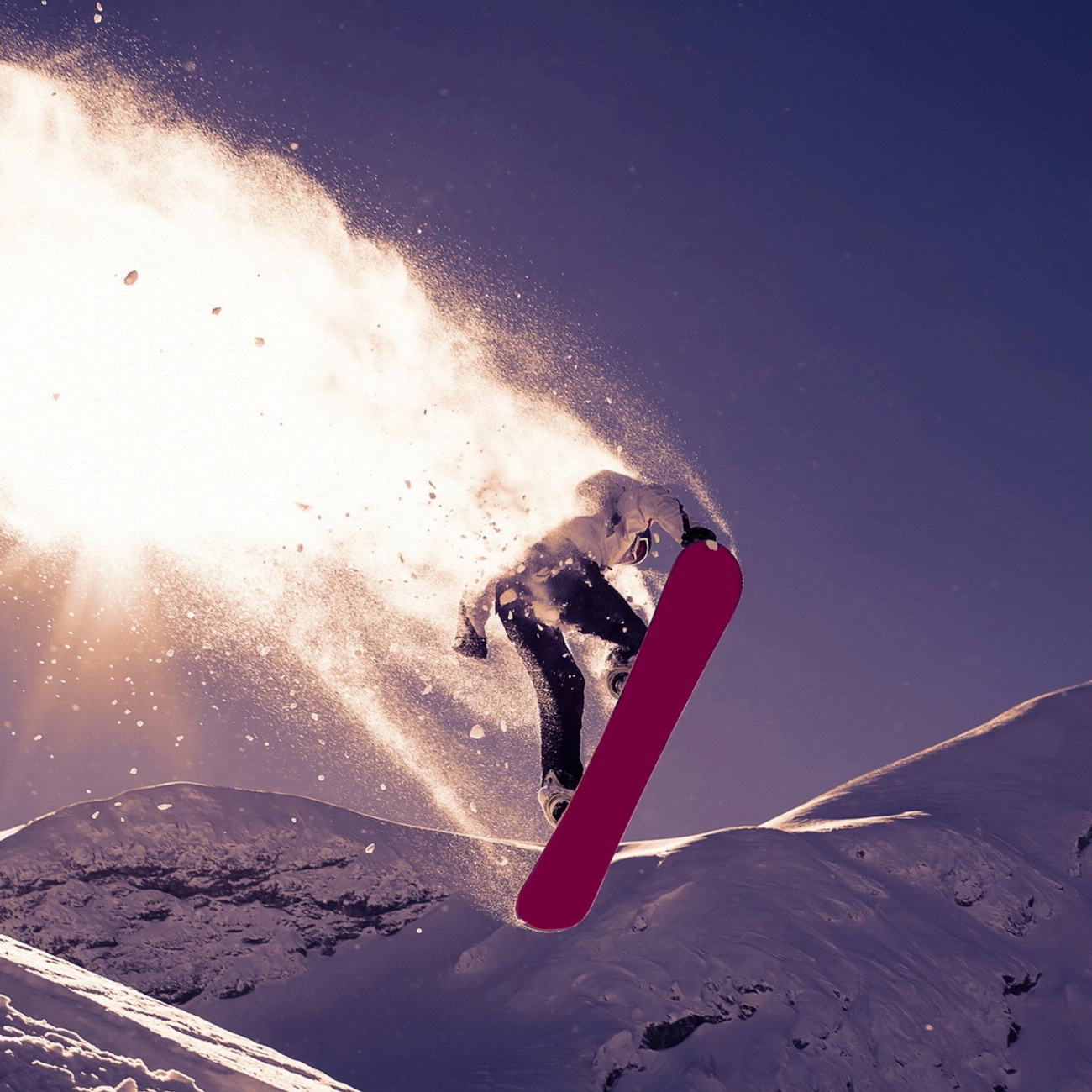 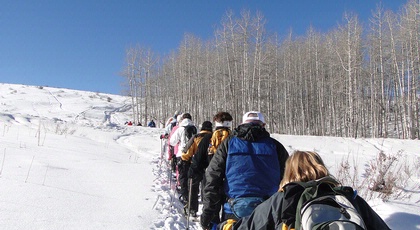 This moderate, six-mile out-and-back trail heads eastward to Piney Lake and, for the first few miles, passes through snow-covered meadows with massive views of Gore Mountain Range. Afterwards, the trail steepens, climbing through aspen and mixed conifer and crossing numerous creeks and streams, before hitting a series of scenic cascades. 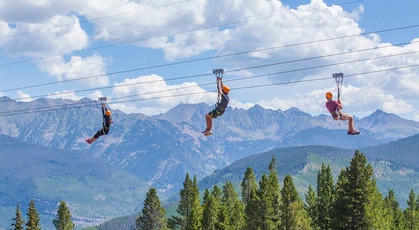 Vail’s nature and adventure park lies at the summit of the Eagle Bahn Gondola, where you can bounce, balance, coast, climb, and soar through a variety of attractions, including zip lines, aerial obstacles courses, bungee trampolines, and more.

These hot-air balloon tours take guests for a three-and-a-half-hour ride through the heart of the Rockies with the best views of changing foliage and a chance to see local wildlife – entire herds of elk! – from above. The tours depart at sun-up, around 7 a.m. in the morning, and include a light breakfast and coffee before take-off. 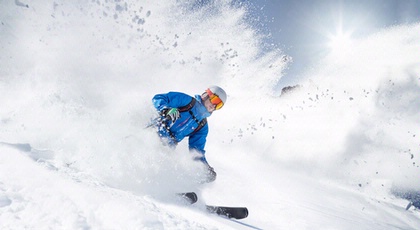 If looking for challenging front-side terrain, this section of the mountain features a varying amount of steepness and difficulty and can be ridden all day. The area’s North Rim and South Rim offer a mix of pillows, cliffs, moguls, and groomed runs, while Prima Cornice is considered the mountain’s most challenging run, getting as steep as 43 degrees. 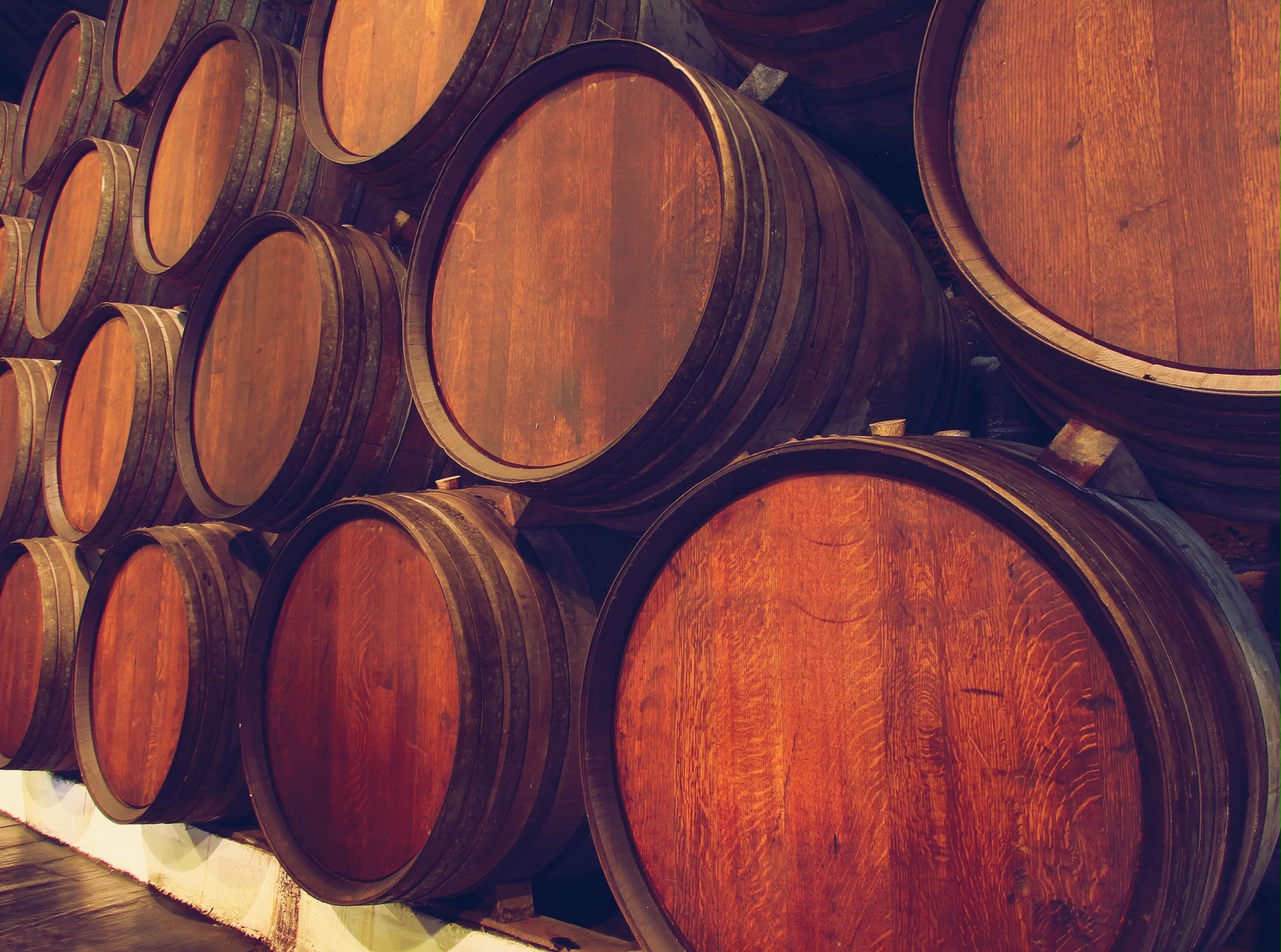 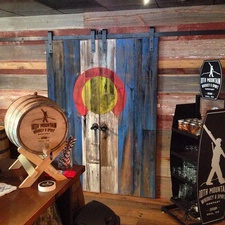 In addition to serving flights of their five liquors – moonshine, rye, bourbon, vodka, and cordial – at this distillery’s large copper boar, the bartenders also dole out tasters of unique pre-made cocktails using their liquors. Memorabilia of the 10th Mountain Division line the exposed brick walls and high-top tables and couches add to the cozy atmosphere, which often hosts local music. 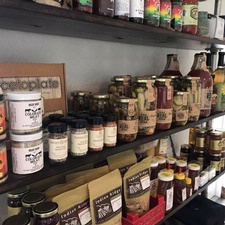 Behind the crisp black, white, and green storefront of this local butchery, you’ll find a dedication to the highest quality product possible. The hormone-, steroid-, and antibiotic-free beef, pork, lamb, elk, and bison are delivered fresh from local ranches and whole every week to be butchered in house, where they make sure every part of the animal is utilized. 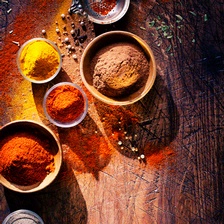 Executive Chef and “Sauce Master” Michael Connelly created this artisanal spice company after receiving rave reviews for the sauces he would make while working at Adam’s Rib Ranch. All of his products are made in small batches using only natural and organic ingredients, and the repertoire includes hot sauces, rubs, and “Kowboy Ketchup” – a sauce made with apple cider vinegar, tomatoes, sugar, and chiles. For one day a year, the Gerald Ford Amphitheater becomes a hotspot for local food and drink. Set up like a giant picnic, over 20 local restaurants bring portions of their best and most popular dishes while local wineries bring samples of their most popular vintages.