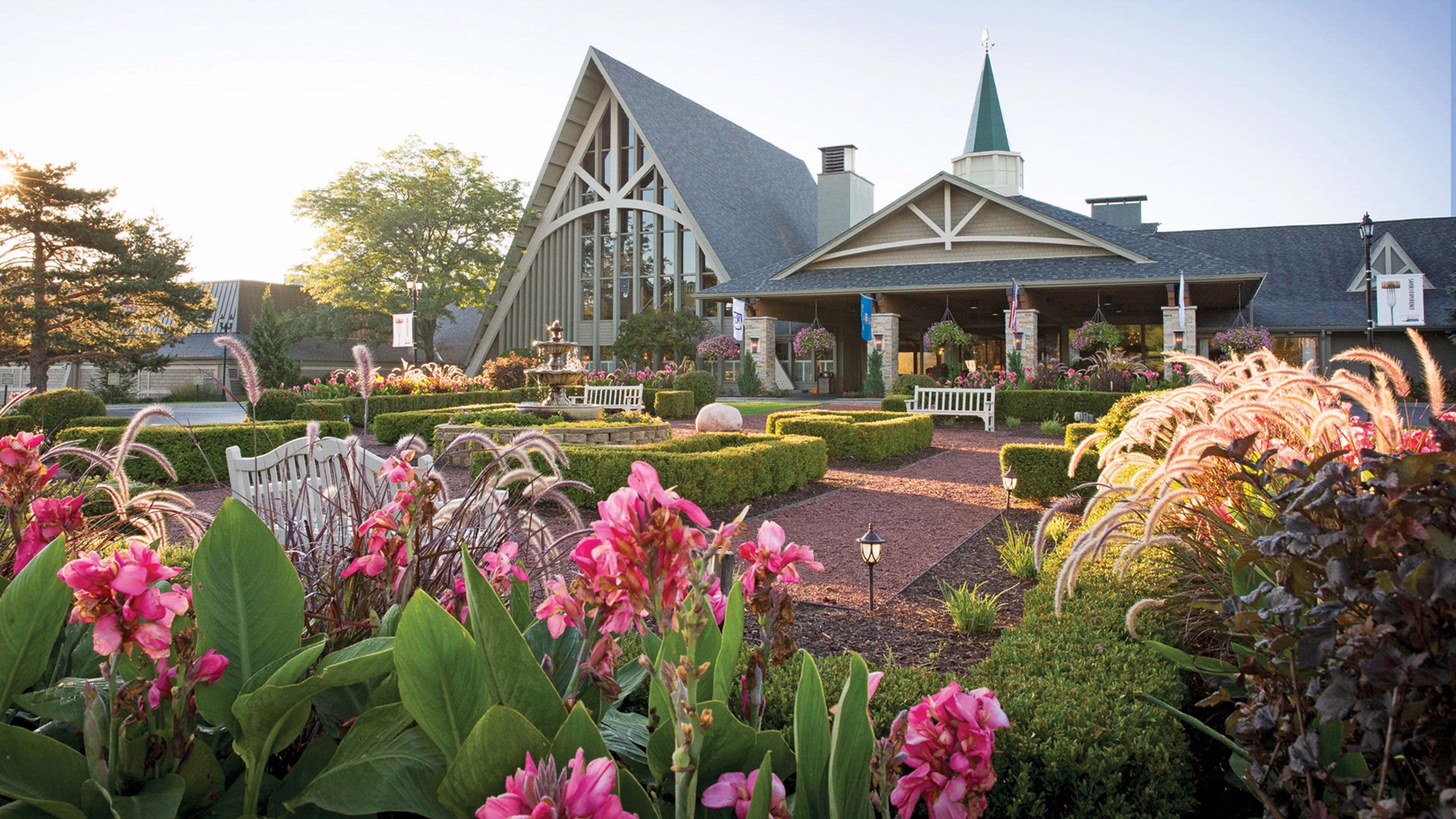 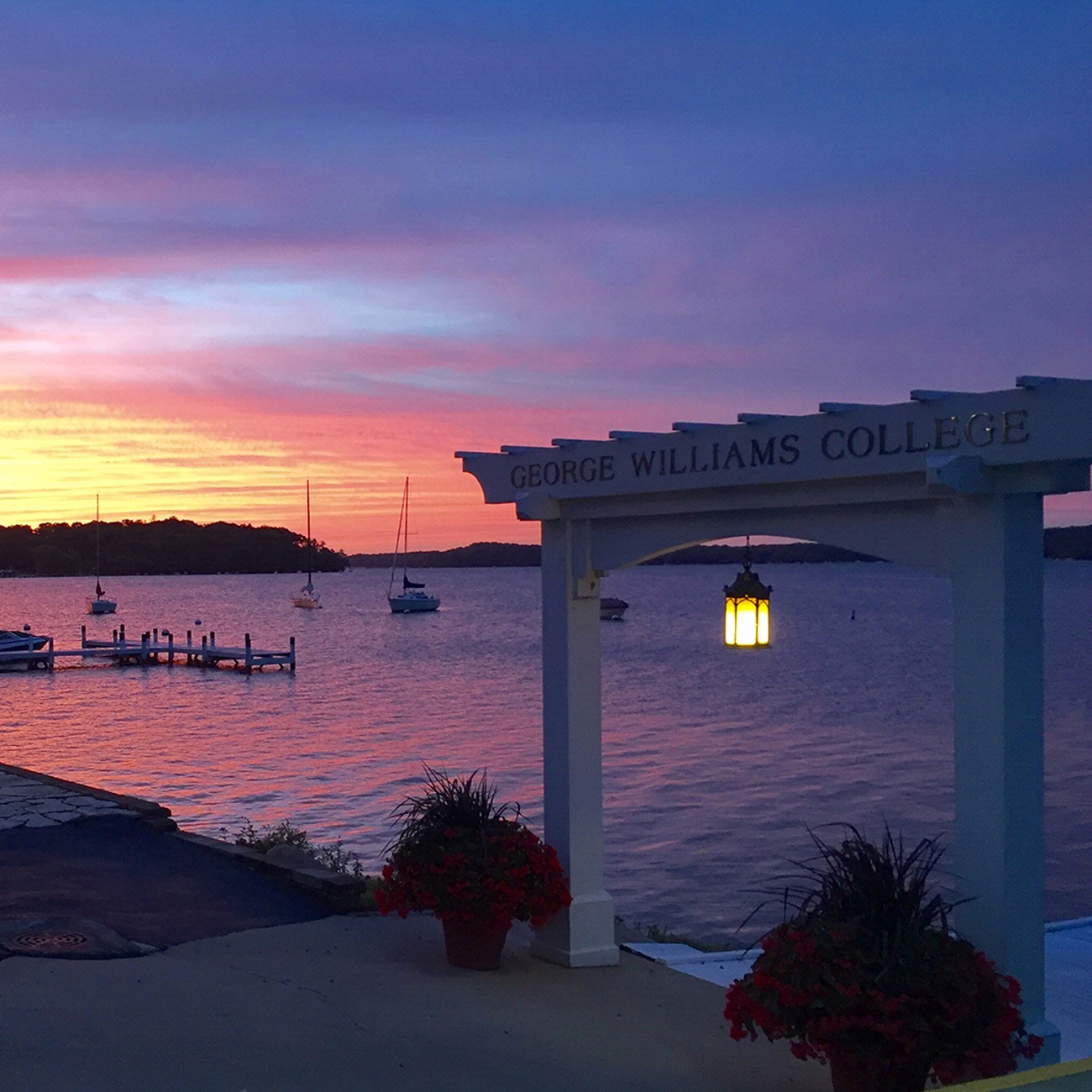 Located just six miles west of Lake Geneva and nestled in Williams Bay, this gem of a historic theatre helped launch the careers of a couple of actors you might have heard of: Paul Newman and Harrison Ford. Now, as an intimate concert hall, it’s popular for a rotating mix of tribute acts like Dean Z (performing Elvis’s hits), ABBA, and The Eagles.

This quirky diner has been offering its signature Friday fish fry since the “igloo” (as locals refer to it, since the building is shaped like an igloo) first opened in the late ’40s. In the past 30 years, however, the standard menu has evolved beyond just the traditional fish and chips to encompass other twists, including fish tacos, a Cajun haddock melt, and a sandwich called “the Consultant,” which consists of grilled jerk fish, pico, tartar, fresh greens, and ranch in a tortilla.

Not only is the space home to a shop in the back that rents and sells bikes in addition to offering repairs and maintenance, but it also features a hip coffee shop with a cozy atmosphere tastefully decorated in weathered wood, art, and string lights. After ordering their signature Honey Badger, a house latte with a shot of cayenne pepper espresso and honey, rent an electric bike and make the three hour-loop around the lake.

Music by the Lake Series

Each summer, the George Williams College of Aurora University puts on a series of concerts in the open-air Ferro Pavilion, just two miles north of The Abbey Resort in Williams Bay. But we’re not talking small-time acts. The lakeside venue has previously hosted performers ranging from country maven Wynonna Judd to the Chicago Philharmonic to Three Dog Night. In fact, the selection rivals that of venues in Chicago and Milwaukee, right here in the middle of bucolic Walworth County. 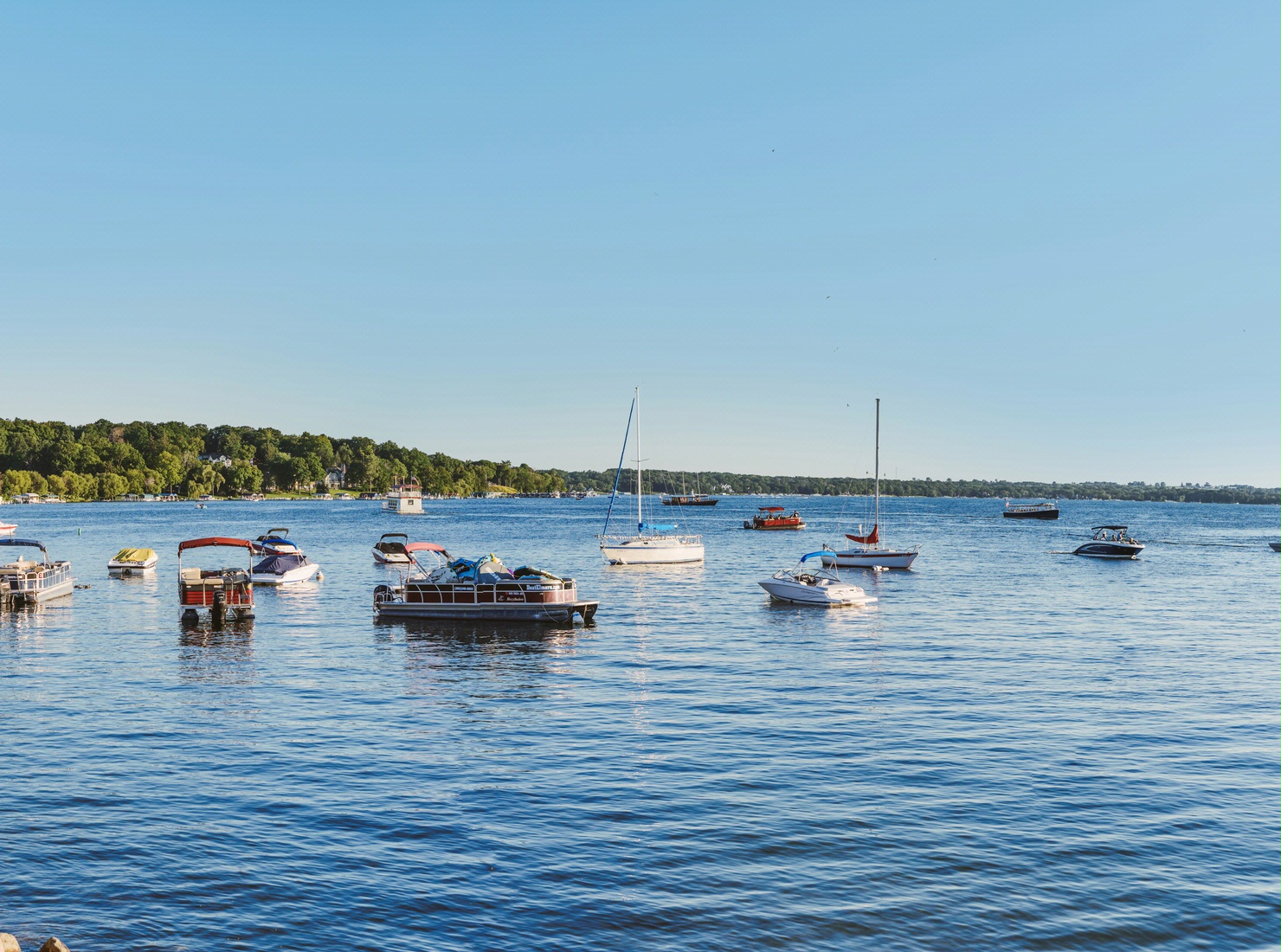 Outfitted in the opulence of the Gilded Age, this historic mansion-turned-restaurant (and inn) charms diners with its period-perfect decor. Think: lavish brocade sofas, ornate chandeliers and rich, carved fireplaces. The food here is also worthy of a callout – an elegant, fine-dining experience that flawlessly matches the immersive atmosphere.

Wrap up your first night on the lake with live piano music, offered every Friday evening, in The Abbey Resort’s elegant lounge setting that is known for its signature cocktails, like the gin, mint, and basil martini; flights of wine or bourbon; and creative small plates like tomato jam and sausage bruschetta and maple bacon and chicken skewer.

Lake Geneva is one of the few locations in the country that still delivers mail to the shoreline homes by boat. Every day at 10 a.m., the boat leaves for its two-and-a-half-hour tour around the lake, which includes a narration of the history of the lake and its many famous estates, like the Stone Manor and Black Point estate. But the real highlight is seeing the “mail jumpers” who turn the act of collecting and delivering mail into a show.

1 p.m. | Lunch at Oakfire
After a morning on the water, head into downtown Lake Geneva for lunch at Oakfire, specializing in Neapolitan-style pizzas made with San Marzano tomatoes and fresh mozzarella cheese that is imported each week from Italy. Thanks to the focal 800-degree wood-burning oven – also imported from Italy – you can watch as your Pesto Di Salisiccia (Italian sausage, pesto, caramelized onions, mozzarella, and pecorino romano) or classic Margherita pie cooks in a speedy 90 seconds.

3 p.m. | Rejuvenate at Avani Spa
Take a couple of hours to unwind and refresh. Some time at the resort’s newly-renovated spa should do the trick. Ask about their seasonal series of services. The mix and match nature of this series of manicure, pedicure, body scrub and massage allows you to linger for up to three hours of pampering or spend as little time as 50 minutes, depending on your needs and schedule.

6 p.m. | Dinner at Mars Resort
Just a quick 13-minute jaunt up to Lake Como, this beachside restaurant and patio has been a Lake Geneva favorite since the 1920s. While the lakeside establishment is best known for its signature tangy, fall-off-the-bone ribs, the pork chops and charbroiled half duck rank right up there as close second favorites.

8 p.m. | Take in a Show at Tristan Crist Magic Theatre
This hour-long show set in an intimate 51-seat theater in downtown Lake Geneva marries comedy with mind-blowing magic. Master Illusionist Tristan Crist even brings audience members on stage to participate in the acts, from levitation to large-scale illusions (he can make a helicopter appear out of thin air!)

7 a.m. | Morning Walk along the Shore

The Lake Geneva Shore Path is 21-mile loop that travels the entire lake, weaving in and out of wooded patches and offering beautiful views of the water and up-close looks at the amazing lakeside homes. The best time of day to stroll is in the morning, as the path is a local favorite for walking and joggers. Get out even earlier to watch the sun rise over the lake as you greet the day.

Every Sunday, The Abbey Resort’s signature restaurant shows its commitment to this can’t-miss weekend ritual with a delectable a la carte menu. Classic brunch offerings abound – silky smooth omelets, crisp-and-delicate waffles and more. Can't choose? For a taste of a little bit of everything, you can’t go wrong with the ever-popular brunch sampler. 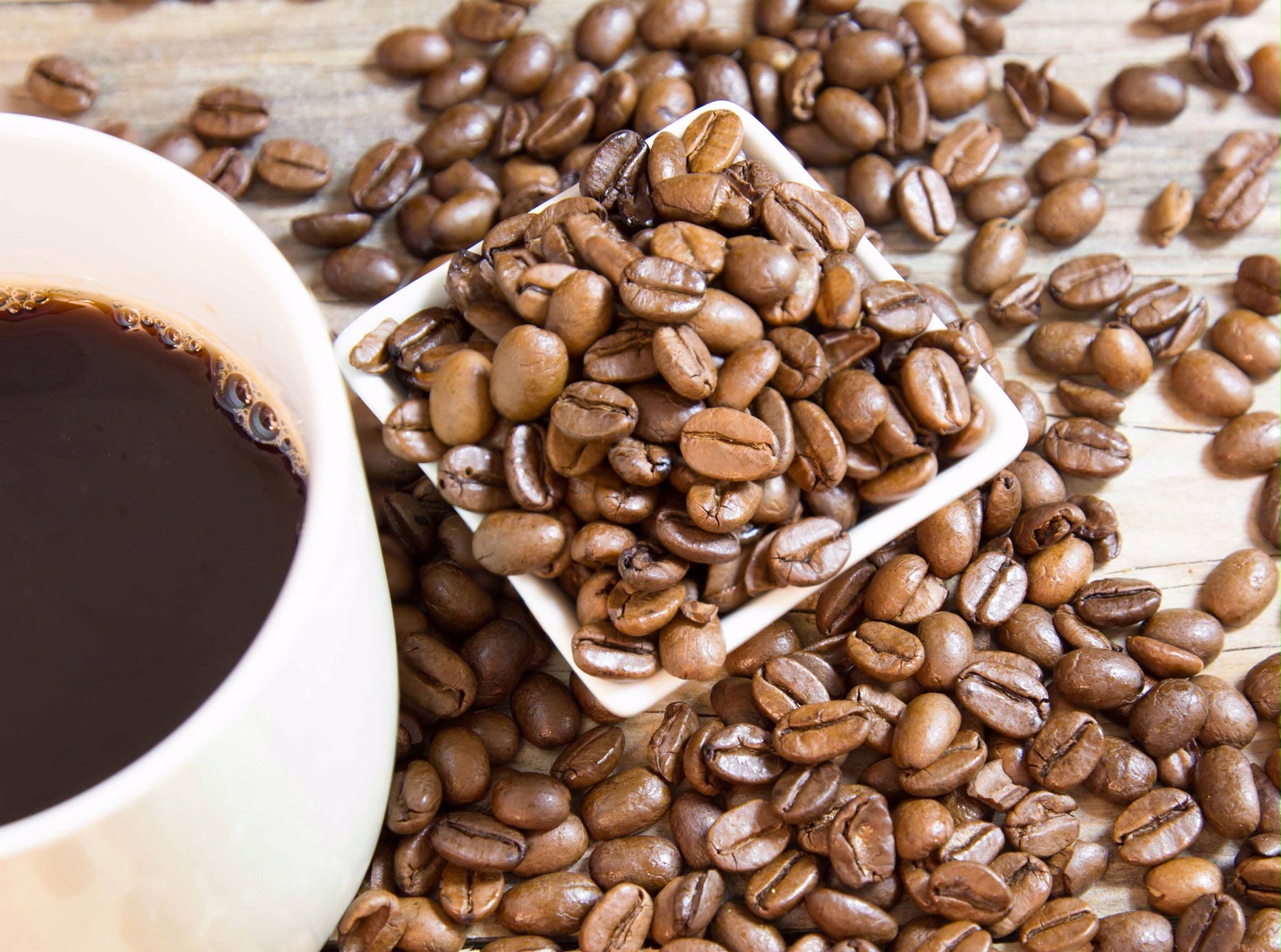 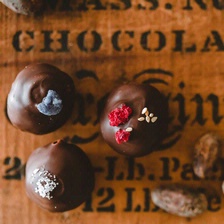 While Ethereal began as just a side project among three friends in 2011, making small-batch confections to sell at the local farmers’ markets, today, the operation has gone big time. Set in a new 10,000-square-foot building just 20 miles south of The Abbey Resort in Woodstock, the full-scale facility is home to a café selling hand-crafted truffles, bars, and chocolate bark; a kitchen for classes and tastings; as well as a speakeasy-inspired bar serving small appetizers, cocktails, wine, beer, and, of course, chocolate. 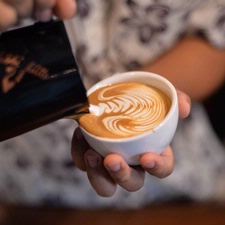 This café, just a seven-minute walk down Fontana Boulevard from the resort, is all about the local experience, with coffee (Anodyne) and tea (Rishi) from Milwaukee, dairy products from the Sassy Cow Creamery in Sun Prairie, and fresh daily baked goods delivered every morning from Swiss Maid, just over the border in Harvard, Illinois. 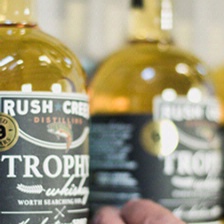 This distillery was started by four guys with a passion for creating authentic craft spirits including two types of whiskey, homegrown vodka and a hand-bottled botanical gin. Tours, tastings and live music on most Saturday nights. In 1976 Bill Rose and his son Eric founded the River Valley Ranch mushroom farm in the Fox River Valley in Burlington, WI. While focused on producing the finest, chemical free mushrooms, they also produced a variety of other chemical free vegetable crops and thrived on local farmer's market business and direct sales at the farm store. In 1997 Eric established a commercial kitchen. For more than ten years, the farm kitchen has been producing artisanal sauces, dips, salsas and pickled vegetables. 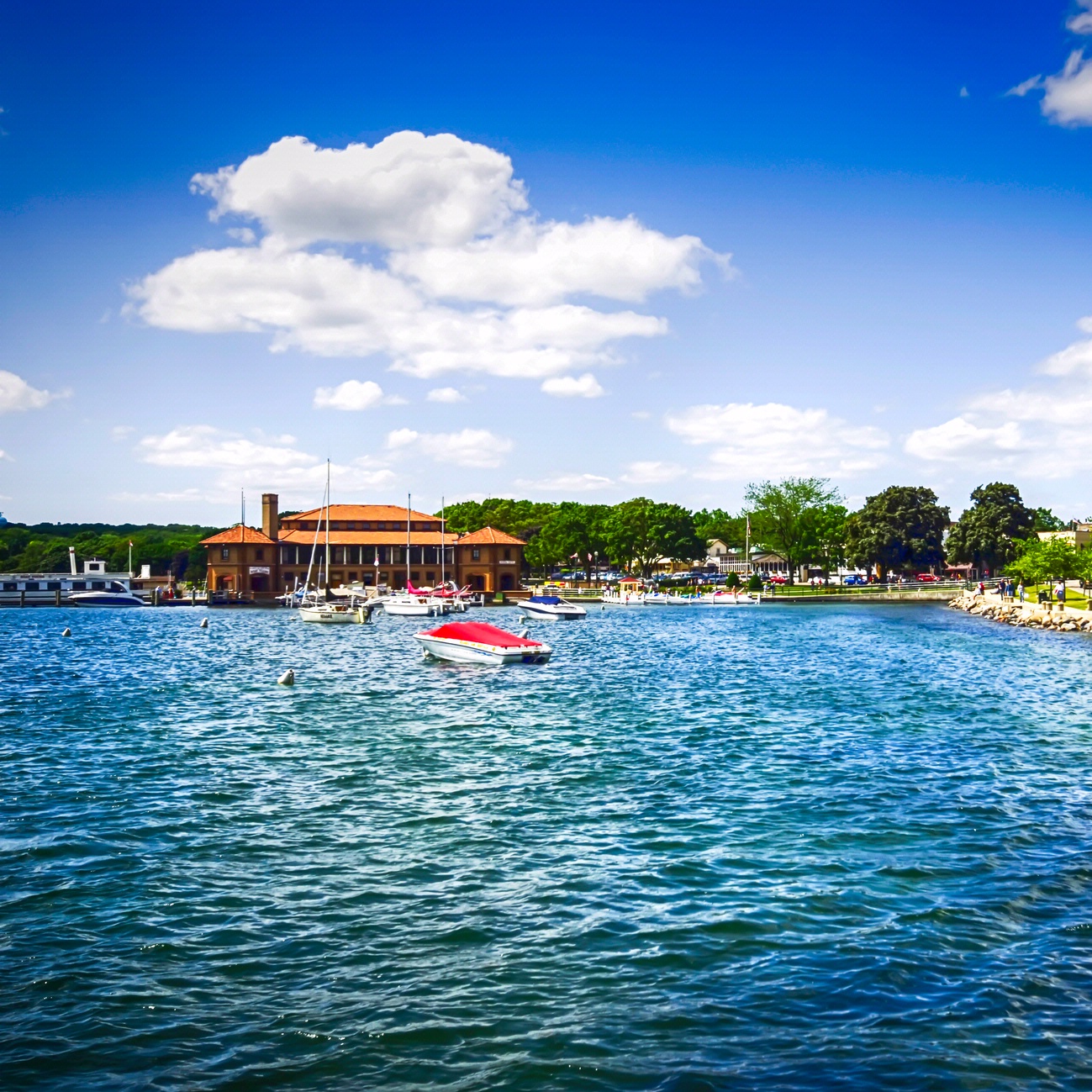 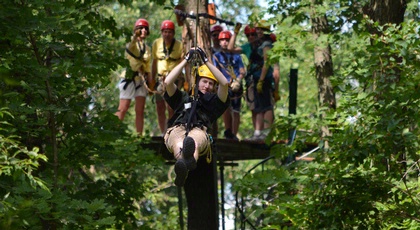 This outdoor adventure center on the northern outskirts of Lake Geneva offers two exciting ways to elevate you and your heart rate. The two-hour zip-line tour takes guests whipping through eight zip lines, five sky bridges, three spiral staircases, and a floating double-helix stair built into an ancient ash tree. An additional high ropes course features 16 obstacles, all of which hang 18 to 32 feet above the ground. 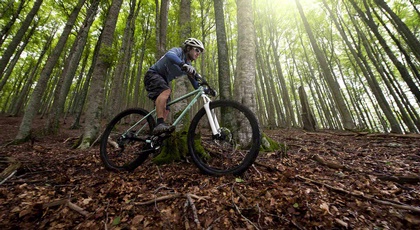 Just 25 minutes northeast of the resort, the Alpine Valley Loop offers five miles of moderately difficult riding, with some steep straightaways for an uphill workout if you follow the loop clockwise. The rest of the trail winds through both inclines and declines and offers some diverse challenges. 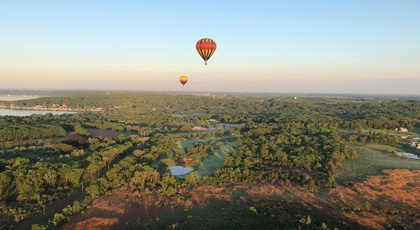 This early morning adventure begins in the Lake Geneva Pie Company parking lot a half hour before the official sunrise, which is the ideal time for a hot air balloon to take to the sky. Once the balloon is inflated, you get a leisurely hour-long ride around the lake while the sun rises and ends with a post-flight celebration of a champagne toast (and coffee) on the Geneva Pie Company’s patio. 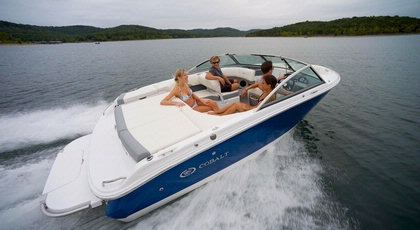 Located on-site in the Abbey Harbor and right across the street from the resort, this outfitter has been renting boats on Lake Geneva since 1955. Expect a fleet of Cobalt boats for skiing, boarding, tubing, and cruising around the lake.