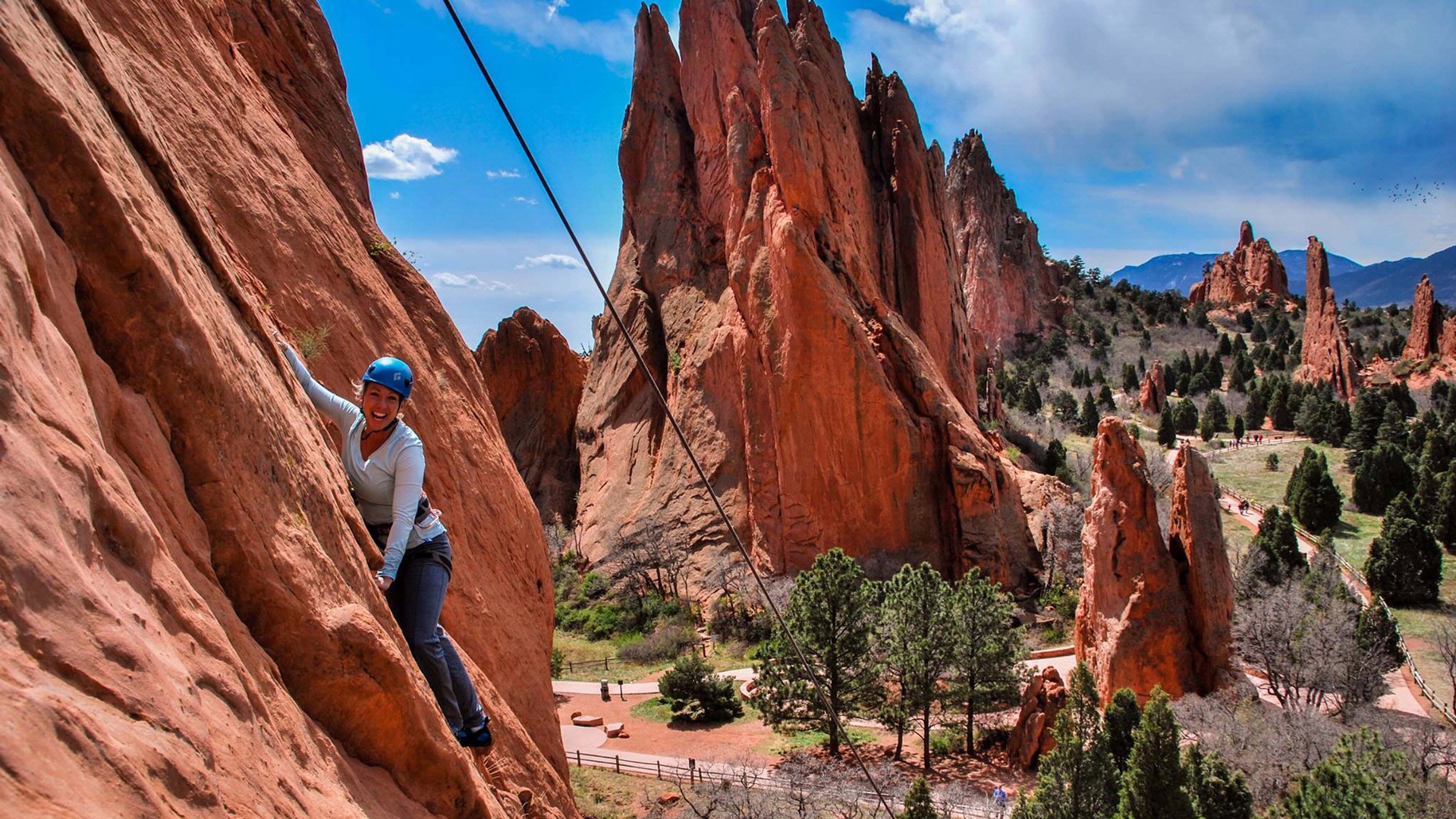 Garden of the Gods Resort and Club 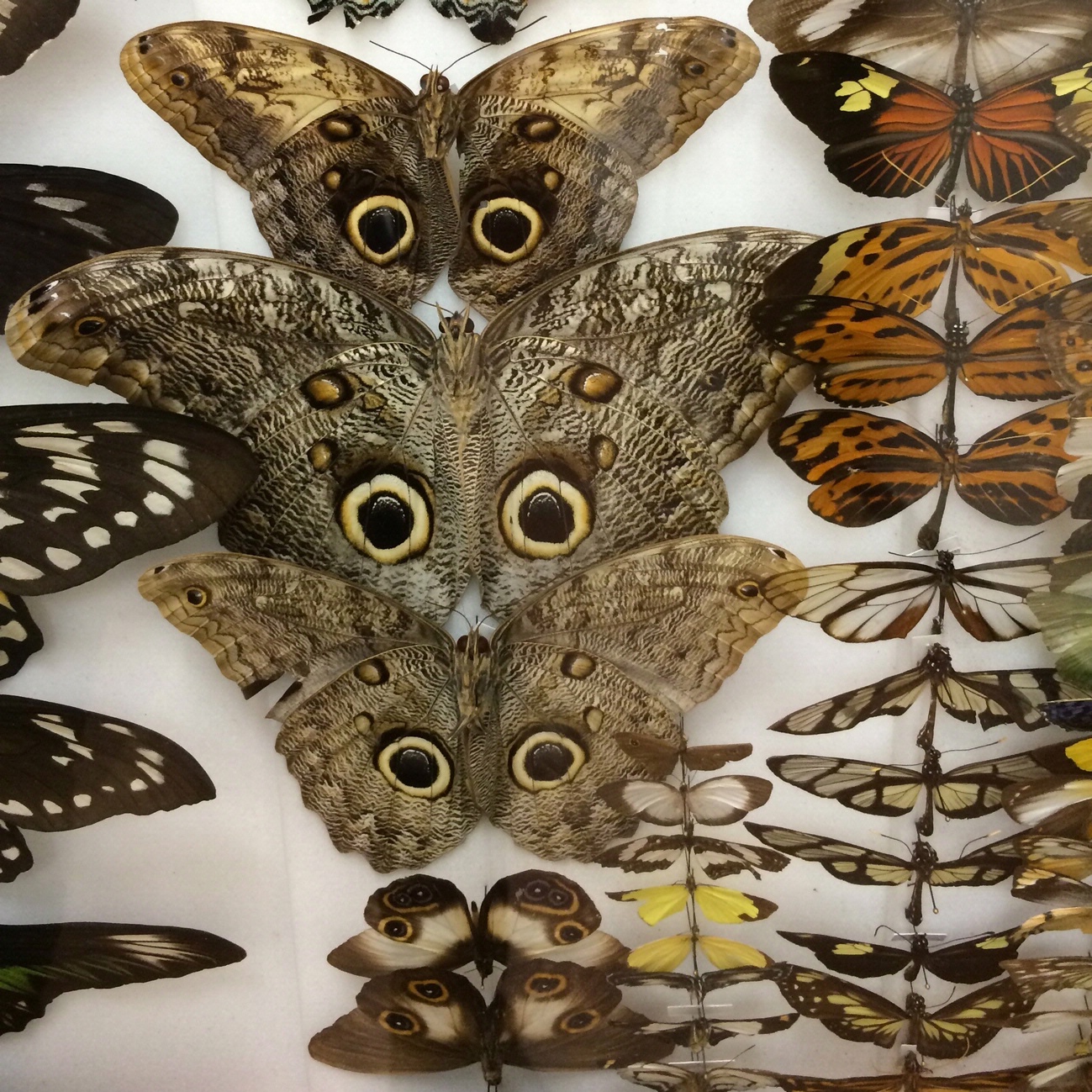 Locally known as the Bug Museum, a collection of 100,000 butterflies, beetles, spiders, moths, scorpions, and other insects caught around the world since the 1900s is the centerpiece of this throwback roadside attraction off Highway 115. Among the fantastical specimens handed down through the generations and pinned inside century-old wooden cases are neon-colored butterflies and beetles the size of small cats.

This small haberdashery that advertises hats, bow ties, neck ties, belts, and cuff links is actually a front for the secret gin bar within. After ringing the bell for “service,” guests are escorted to a dimly lit modern-day speakeasy that serves only gin-based cocktails. Expect classic gimlets and martinis, where the cost of a $9 drink is written out as 900 cents.

If you’re visiting Colorado Springs, chances are you are the active type. And luckily, a like-minded community awaits you at Jack Quinn’s, an Irish bar home to a Tuesday running club. Locals, non-locals, runners, and walkers are all welcome to partake in the 5K course that winds through Monument Valley Park and ends downtown with a cold pint – or hot toddy, depending on the season – at the Tejon Street establishment.

The red sandstone rocks of this 789-acre park resemble those in Garden of the Gods, just on a smaller scale. Situated on the west side of the city, the park is a popular hiking area for locals, consisting of 10 miles of trails that traverse eroded canyons, glassy ponds, and parallel ridges (called “hogbacks”). It’s on these hogbacks where hikers spot shark’s teeth and ammonite fossils (there’s even a documented dinosaur track preserved here).

If you’re into the HBO show Westworld, this museum is like walking onto the set. A replica of the kind of old mining towns that use to dot this region during the late 1800s and early 1900s, this outpost is punctuated by a boardwalk that connects a blacksmith’s shop, saloon, livery stable, and Victorian home and chauffeurs you into rooms filled with animated figures and thousands of authentic artifacts. 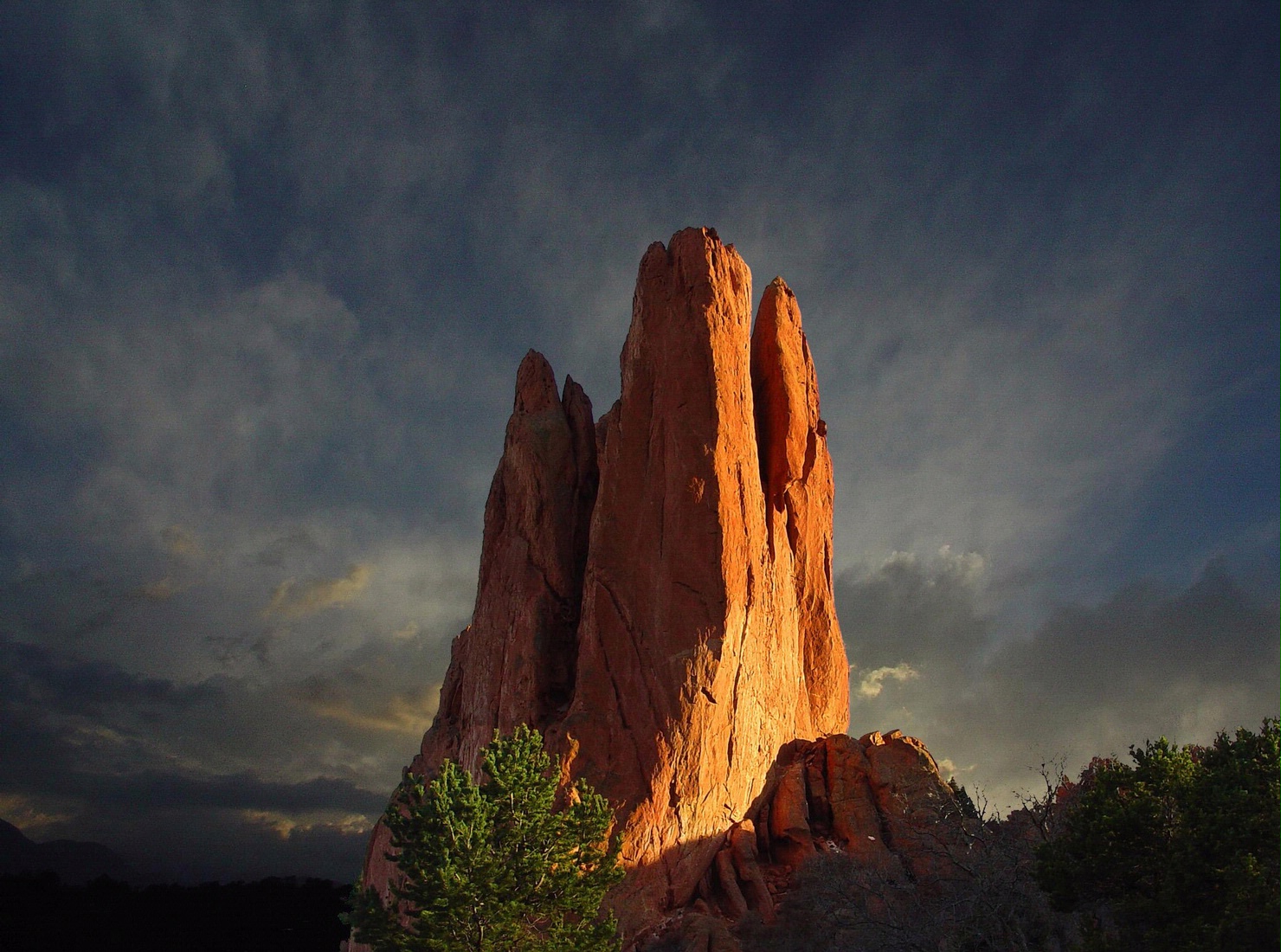 7 p.m. | Dinner at Rabbit Hole
Once the county morgue, this subterranean space is now a sexy and swanky restaurant accented with black and red decor and creative references to the rabbit in Alice in Wonderland. Expect a menu divided by “Eat Me” and “Drink Me” sections that include items such as Bacon-Wrapped Rabbit Meatloaf, Fried Bunny Bites, and Carrot Cake.

9 a.m. | In-Room Dining
The Grand View Dining Room at Garden of the God’s Club & Resort serves a full gourmet breakfast from 7 to 11 a.m., including everything from local granola and yogurt to potato-crusted quiche and bison sausage-potato-cheddar egg melts.

10 a.m. | Yoga Class
Every Saturday at this time, the resort’s sports club offers yoga with local guru Barbara Brandon. This particular class emphasizes the basics of body alignment for any level of yoga practice and is ideal for beginners through mid-level.

12 p.m. | Turkish Coffee in Manitou Springs
The low-key hippie enclave of Manitou Springs 15 minutes west of Colorado Springs is host to an array of galleries, boutiques, restaurants, and – as the name implies – mineral-rich hot springs. Head to Mavi Turkish Arts, an authentic Turkish art and gift store gift famous for its Turkish coffee.

3 p.m. | Hike Manitou Incline
Situated near the base of Pikes Peak, this historic rail line climbs 2,000 vertical feet in less than a mile. Unyieldingly steep – 68 percent in some places – the incline is a must-do for anyone who calls themselves a hiker. If you’re in decent shape, expect it to take 90 minutes to reach the summit.

8 p.m. | Dinner at TILL Kitchen
This 18,000-square-foot farm-inspired eatery in Colorado Springs doubles as a restaurant and mercantile. Dinner comes in the form lamb burgers, wood-burning pizza, artisan bread, and even customizable sushi that you can watch being made in the open-style kitchen, overseen by Executive Chef Sheamus Feeley, formerly of the Farmstead Restaurant in Napa.

5:30–11:30 a.m. | Sunrise Hot Air Balloon Ride
You’ll meet at the Rainbow Ryder’s launch site just before dawn to watch the giant balloons inflate, then lift off on this aeronautical adventure as the sun rises to see Pikes Peak and the Rocky Mountains from a unique vantage point.

12 p.m. | Visit Garden of Gods
Before you leave town, get acquainted with the red rock formations in Colorado City’s picturesque public park. Retrace millions of years of geological history with the nature center’s exhibits, and take a guided nature walk or a three-mile hike along the rolling Chambers/Bretag/Palmer Trail. Or, if you’re an experienced climber, join Front Range Climbing Company and ascend the steep sandstone. 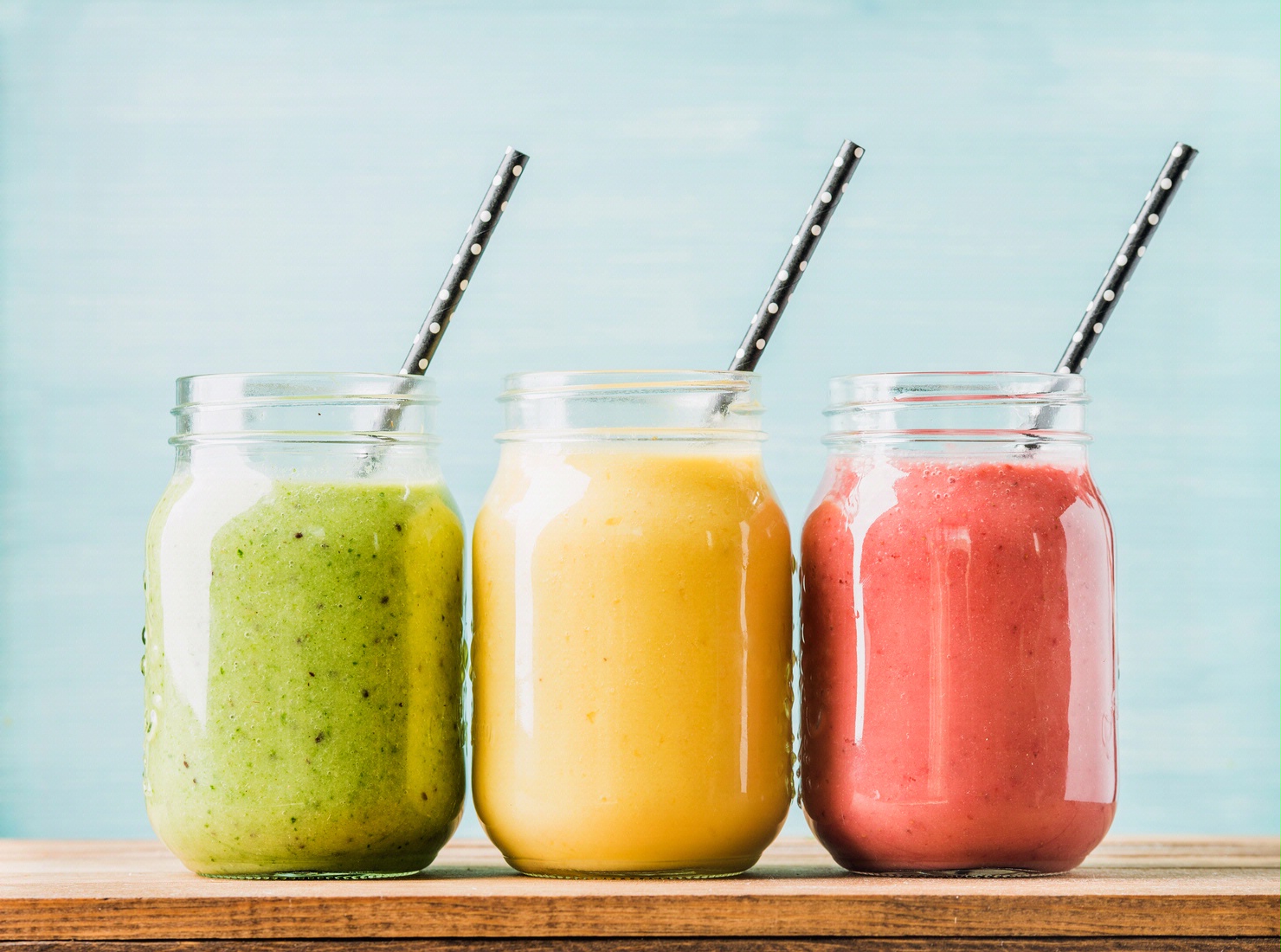 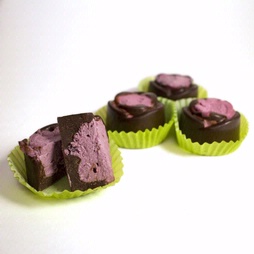 Founded by a women who can only eat whole, organic foods (on account of her fibromyalgia), this small Colorado Springs boutique produces and sells only raw chocolate, made from the simple ingredients of coconut oil, honey, cacao powder, and vanilla extract. Dairy free, soy free, gluten free, non-GMO, and organic, the results are surprisingly delicious and packed with antioxidants. 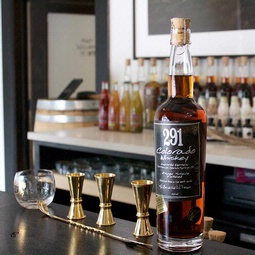 This small-batch distillery sits in the shadows of Cheyenne Mountain in Colorado Springs and makes whiskey and liqueur that replicates the taste, smell, and folklore of the Wild West: rugged, beautiful, strong, and bold. Currently, five whiskeys and one liqueur is made, including the 291 Colorado Whiskey, which won “best American rye whiskey” from the London-based 2016 “World Whiskies Award.” 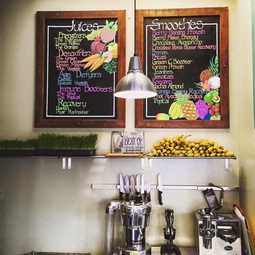 Named for the Hawaiian word “Ola” that means health and life, this Colorado Springs juicery offers cold-pressed juices, smoothies, and other healthy foods in an open-space setting with bright green walls and a counter that provides a view of the fare as it’s being made. Juice and smoothies make up the bulk of the menu, while other items are “build your own,” allowing you to pick from the provided categories. 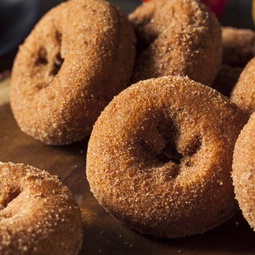 Located three miles above sea level on Pikes Peak, the Summit House is a well-stocked gift shop, serving the world-famous Pikes Peak donuts – the only donuts made at an altitude over 14,000 feet. The 99-cent beauties are said to made from a recipe that has special altercations because the altitude, as well as a secret ingredient. 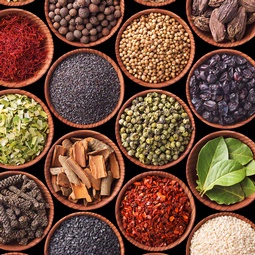 This Tejon Street locale is a dream for the family chef, stocking more than 450 herbs and spices that are freshly ground weekly at its Denver warehouse. It also sells locally made jellies, jams, olive oils, honey, and balsamic vinaigrettes – all of which you can taste in the store. Start with the Mount Elbert Blend, one of four spices in stock that are named after Colorado’s 14,000-foot peaks. 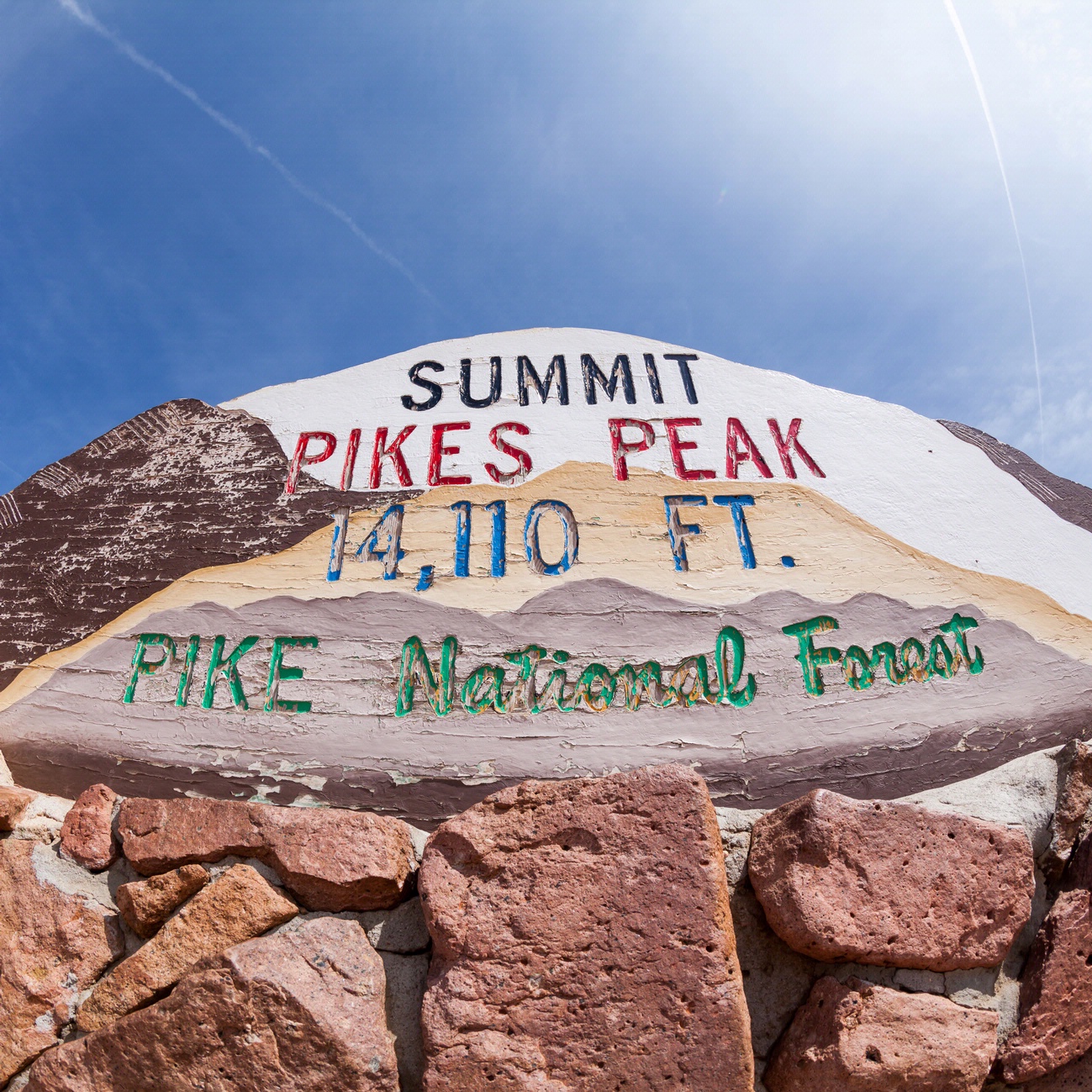 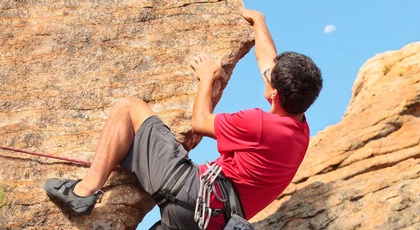 Home to all sorts of climbing routes for varying levels, Garden of Gods is one of the world’s most historic climbing venues. Book a private half- and full-day tour, and experience the wonder of “the garden” and its towering rock formations by ascending the steep sandstone. 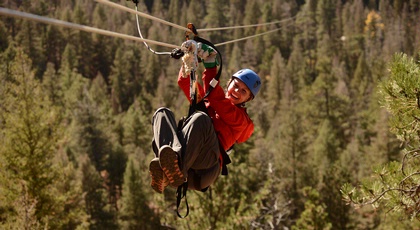 Photo Courtesy of The Broadmoor

Seven Falls – a series of seven cascading waterfalls of South Cheyenne Creek – is described as “The Grandest Mile of Scenery in Colorado.” And now, there’s a new way to take it all in: via zip line. Overlooking the stunning waterfall views and the canyon below, 10 zip lines (divided between two courses) range in distance from 300 to 1,800 feet. 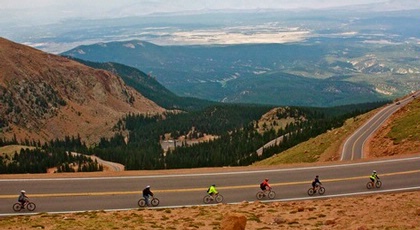 Your ride begins at the summit of Pikes Peak (14,115 feet), where you can take photos and enjoy the breathtaking 360-degree view for as far as the eye can see. Then, it’s time for an exciting 7,000-foot descent down one of America’s most famous 14,000-footers, where you’ll watch the scenery change as you travel through five different climactic life zones. 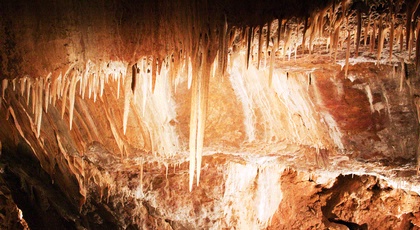 Photo Courtesy of Cave of the Winds

The Saturday or Sunday 9 a.m. tours (May through September) wander through the 70-million-year-old wonder of Manitou Grand Cavern with only a headlamp or flashlight. Be sure to dress for the cave’s year-round 54-degree temperatures, and bring a change of clothes – all that climbing and crawling under low ceilings mean you’re guaranteed to get dirty.