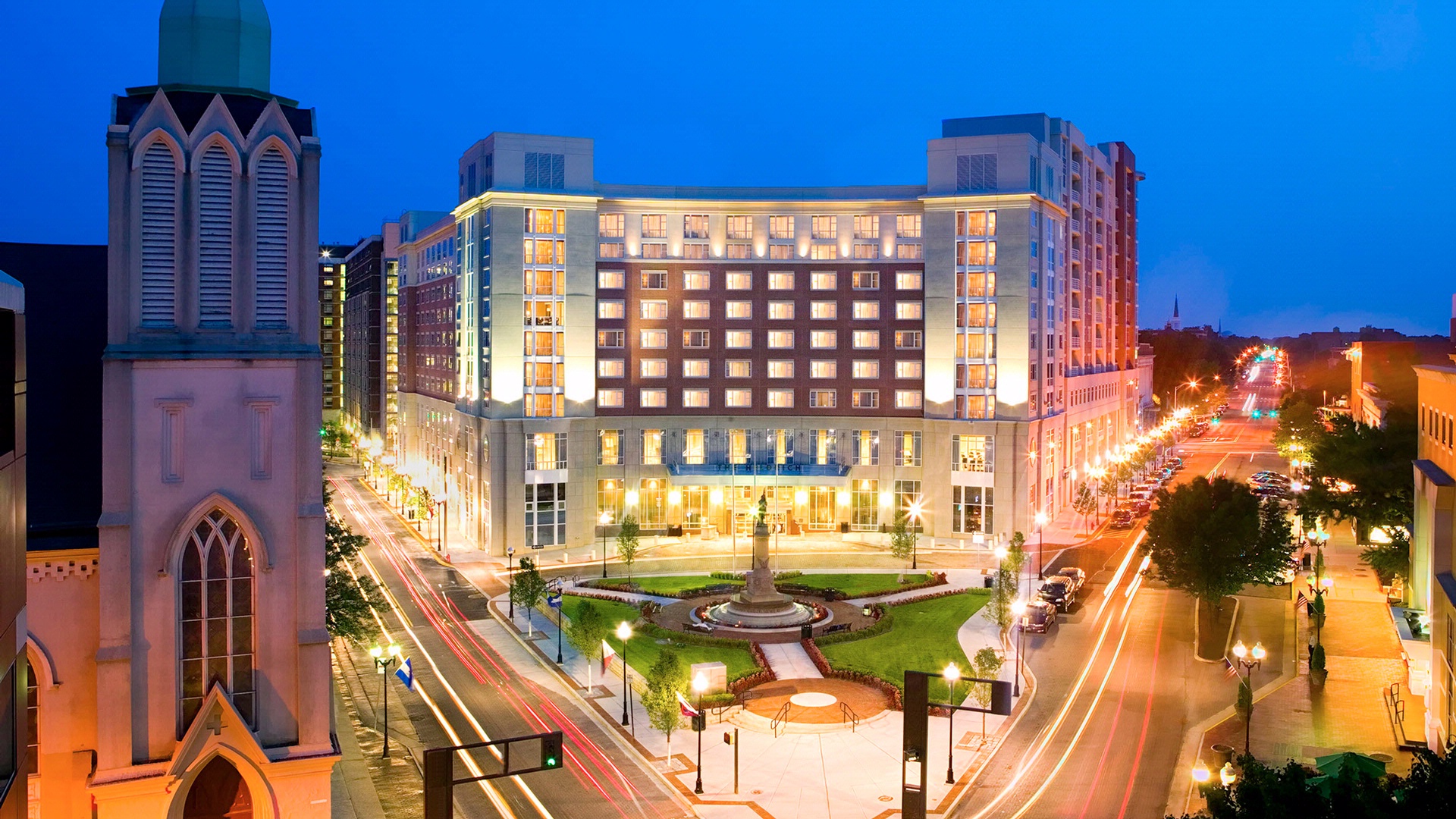 The Cultural Heart of New Brunswick 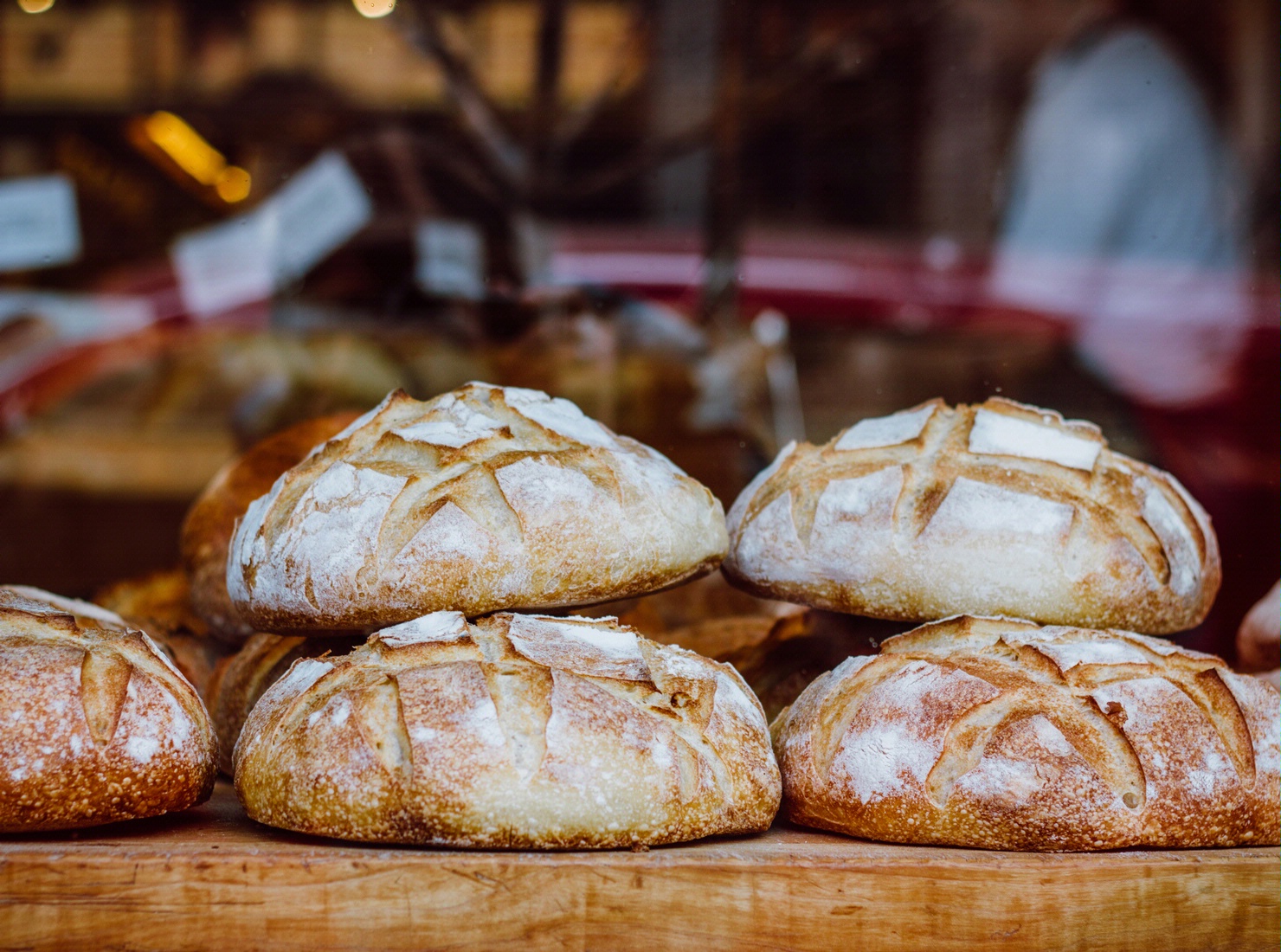 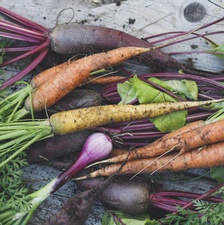 What started as just one home location on Jones Avenue in 2009 has grown to three market locations scattered across the city on Wednesdays, Thursdays, and Saturdays. The weekday markets tend to be the quietest – which means more facetime with farmers and artisans, hawking everything from homemade honey and jams to local meat and veggies. 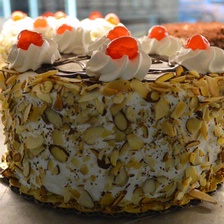 Said to be the best Italian bakery outside of New York’s five boroughs, this 50-year-old family-owned establishment utilizes every inch of its space, chockablock with a variety of traditional cookies, cakes, and pastries, as well as wonderful breads: semolina, rustic, rolls, rye, all made fresh daily. Just remember to bring cash or a check. 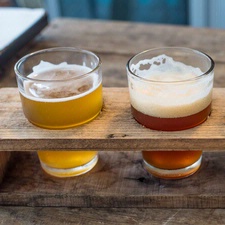 Located just 15 minutes from New Brunswick on the other side of the New Jersey Turnpike, this nano-brewery is known for beers with progressive flavor profiles, deep colors, and frequent rotation (if you find something you like, scoop up a few growlers as it might not be there the next time). Eight taps are offered in its small tasting room, as well as tours of the attached brewhouse. 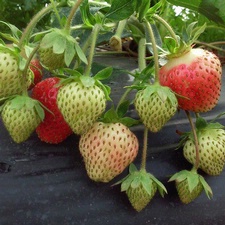 This 35-acre East Brunswick farm has been in the Giamarese family since 1941 and is the locals’ choice when it comes to pick-your-own with quite the roster: strawberries, peas, peaches, apples, pumpkins, and greens. But if you’re not into picking, a farm store sells produce, as well as eggs, homemade pies, jam, and honey. 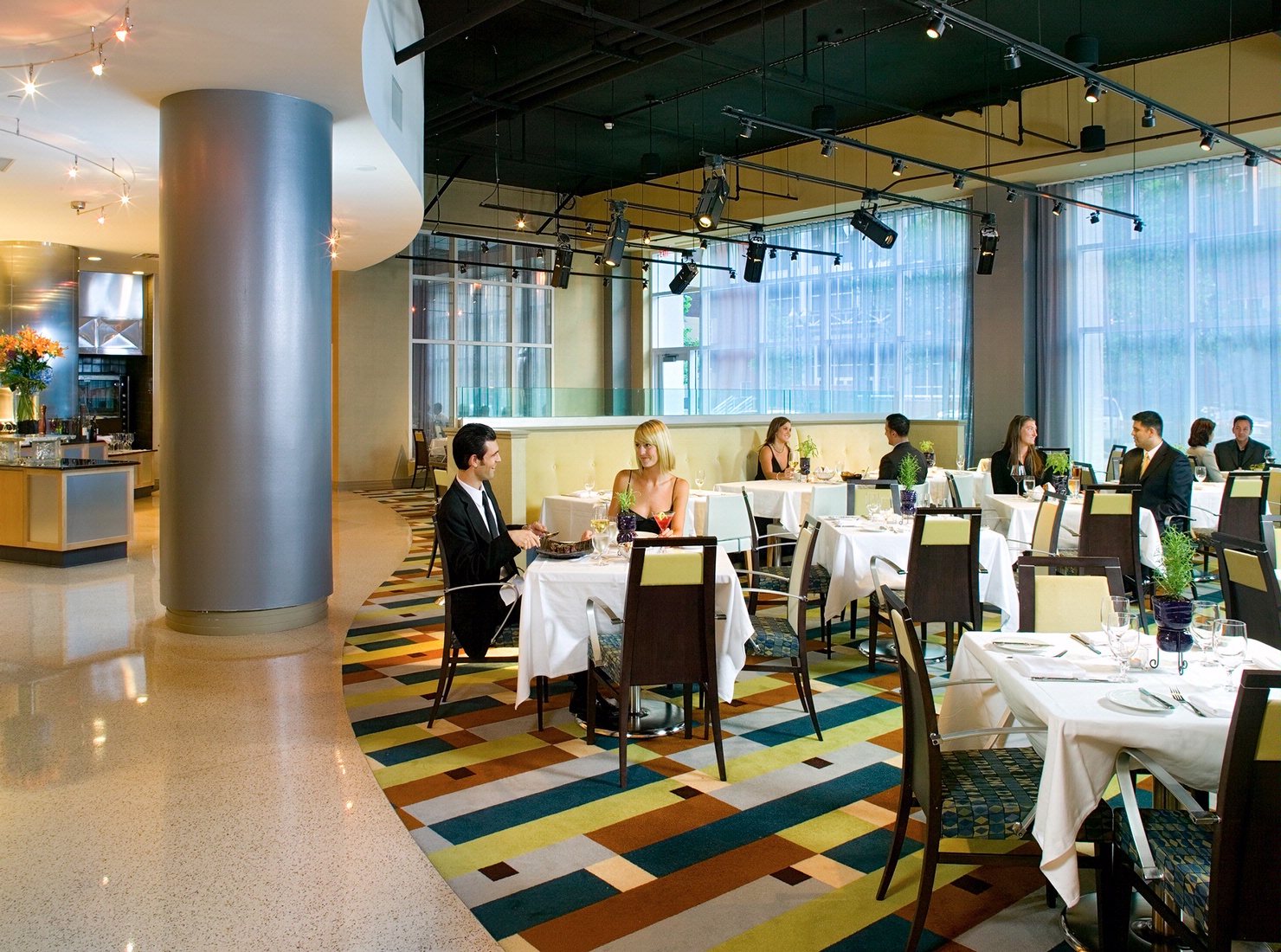 Located within walking distance of The Heldrich, this second-floor Italian restaurant gets you a bird’s-eye view of the Theater District, thanks to 21 windows that line the spacious, deep red interior. Dishes embody the Italy-meets-Brooklyn cooking style of the owner’s grandmother, the restaurant’s namesake.

No need to head into New York City to see a show…or cross the street for that matter. This playhouse is located within a five-minute drive from the hotel (along with two other theaters). With a mainstage season that runs October through April, productions include on- and off-Broadway musicals, dramas, and comedies with show times that start promptly at 8 p.m. on Fridays.

Don’t expect a super high-end brunch café from this local chain, but do expect hearty, well-made breakfast dishes served all day. Head to their location on the edge of Rutgers University campus on Easton Avenue to try their signature “breakfast crisp,” a three-egg omelet, Cajun-style home fries, bacon, and cheese all folded and grilled in a flour tortilla.

In the heart of Rutgers, the Voorhees Hall building contains what is said to be one of the largest university-based museums in the country with more than 60,000 works. Its most unique feature is its particularly extensive collection of Russian art. A realm of art history rarely seen in other museums, here, it accounts for almost one-third of the entire holdings.

Return to The Heldrich for a 55-minute Raindrop Therapy at the hotel’s spa [www.heldrichspa.com] (be sure to book ahead). This unique full-body treatment takes various oils and drips them down your spine and legs before fully massaging them in. Hot towels are applied to allow the oils to penetrate deeply into the skin.

After grabbing dinner at one of the many eateries that line George Street (some picks: Glo, Hotoke, Tumulty’s Pub), you can easily walk to this comedy club that has been here for 20 years and has hosted the likes of Amy Schumer, Drew Carey, and Chris Rock. Doors open at 5 p.m.; show starts at 7 p.m.

Before departing, you can’t miss dining at least once at the hotel’s urban-chic restaurant, Christopher’s, featuring theater-style lighting and an open-hearth kitchen. Breakfast comes in the form of a buffet, with chef-manned stations for omelets, waffles, and pancakes made-to-order. 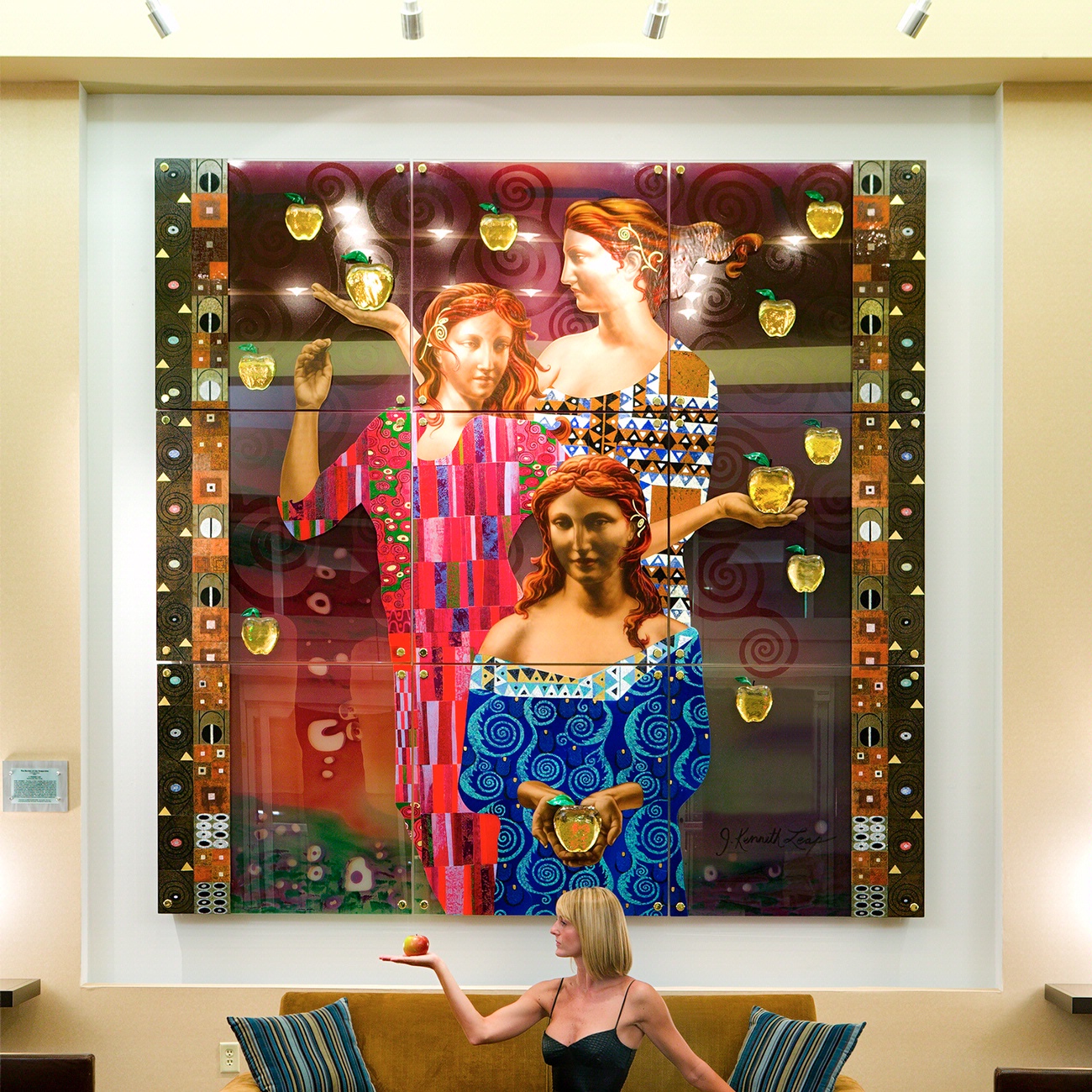 It’s a place that even the locals drive by, unaware of the little oasis tucked under the Route 1 exit ramps. Here, you’ll find a bamboo forest, interwoven with a path that follows a small creek and tiny waterfalls along the way, several botanical gardens (one boasting the world’s largest collection of holly), and a slew of wooded nature trails.

Most towns can claim a gem of a historic theater in their ranks. But not many can say their icon was built by one of the most prominent twentieth-century theater architects, Thomas W. Lamb. That’s why $3 million was invested in 2003 in this downtown 1921 theater, removing as many as 20 layers of paint in some places, to bring it back to its true design.

Three beautiful women with flowing red hair are always on hand to greet guests with apples as they enter the lobby of this downtown hotel. Actually nymphs from Greek mythology, the ladies are depicted in 10- by 10-foot nine-panel glass installation by J. Kenneth Leap – just one of several New Jersey artists represented in the hotel’s three-gallery art collection. 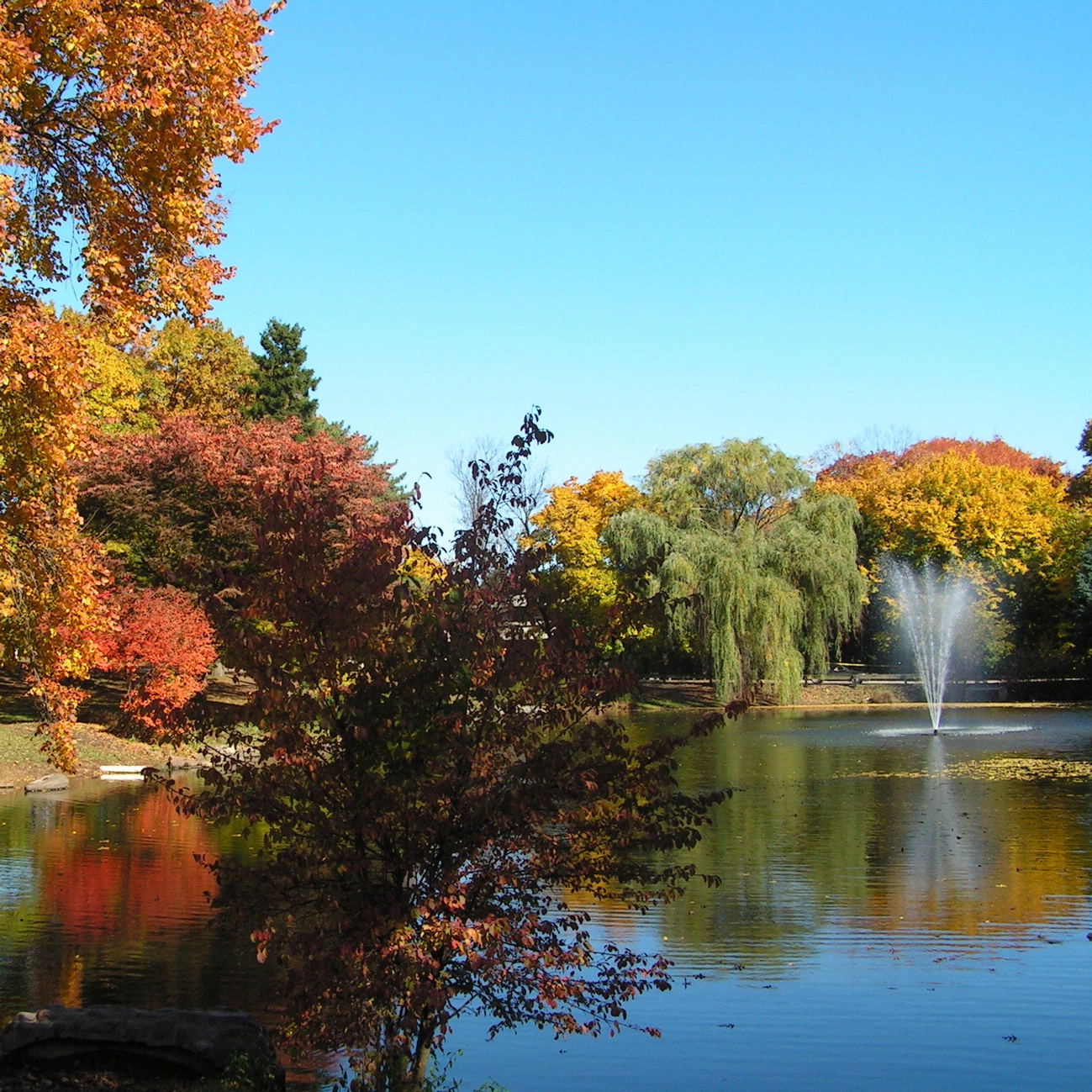 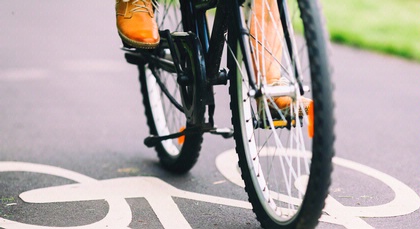 One of the state’s most scenic bike paths calls Central New Jersey home: the Delaware and Raritan Canal State Park Trail. Shaped like a “V,” the smooth and flat route runs along an 1830s canal towpath from Frenchtown in the northwest down to Trenton in its southernmost point, then up to New Brunswick to the northeast over a continuous 70 miles along. With a dozen places to access it, the eastern side of the route (from New Brunswick down to Trenton) features 40 miles of scenic nineteenth-century bridges and bridge-tender houses, remnants of locks, and hand-built stone-arch culverts.

4 centuries of history in 2 hours

Enjoy a two-hour tour that covers one-and-a-half miles of downtown New Brunswick; landmarks include one of the oldest churches in North America (dating back to 1717). Need a little more excitement? Try the drunken history pub crawl, where you can learn the history and have a few drinks along the way. 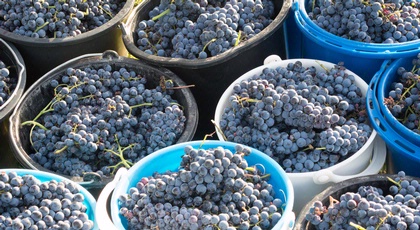 A wine with its own style.

Journey over to the leading East Coast hands-on winery to learn the winemaking process from start to finish. Choose the region, grape type, and barrel type, then return for four one-hour sessions to crush, press, rack, and bottle.