Our Commitment to Protecting Your Safety, Health and Wellbeing
DESTINATIONSReservations 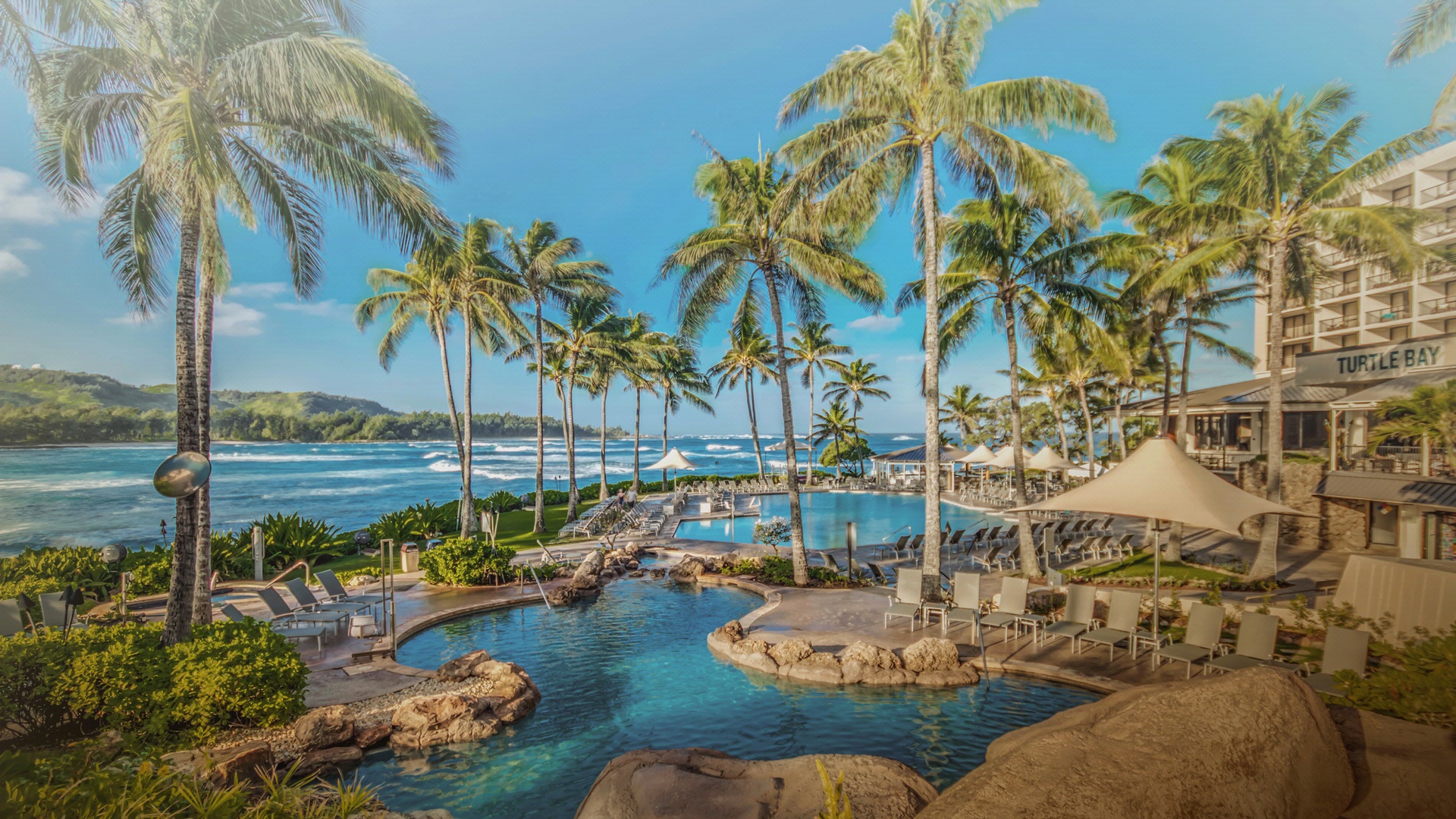 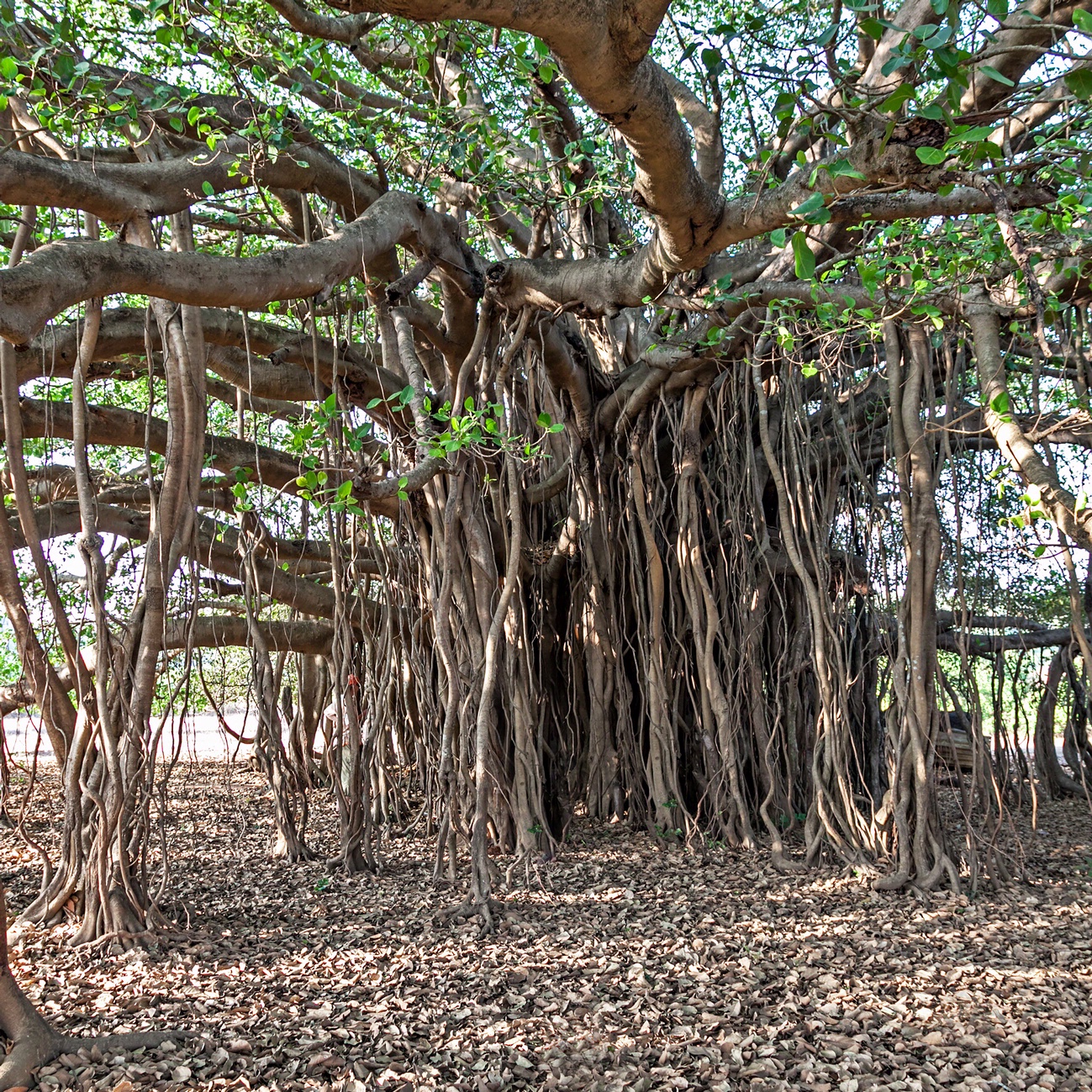 This centuries-old monolith rises from a tangle of trunks and vines, spreading its branches like a natural awning in the forest near the azure Kawela Bay. You might have seen this Turtle Bay Resort landmark before; it’s been part of the scenery on films like The Hunger Games: Catching Fire and TV show Lost.

Appearances can be deceiving: Inside this run-down-looking mini-mart five minutes from the resort, the deli dishes out bowlfuls of the best poke – a raw fish salad, pronounced “PO-kee” – on Oahu. The secret is fresh ahi tuna, steamed white rice, vegetables, and spices prepared according to a generations-old family recipe.

For the last 12 years, the Honolulu Museum of Art has let loose on the last Friday night of every month with parties that spotlight exhibitions, food, and music that follow a common theme carried out in offbeat ways. For example, a recent event called BiBimBash featured an exhibit of Korean ceramics, Korean dance pop music spun by Mister Modular, and Korean stuffed chicken on the menu.

Home of the Brave Brewseum

Run by a family of WWII history buffs, the decor in this Honolulu beer hall leans on military artifacts, like black-and-white photos that plaster the walls and an Army jeep parked inside. Meanwhile, its bar pours about half a dozen beers, including a pair of its own craft concoctions: the Pilot Pale Ale and the Remember Pearl Harbor Dark Lager. 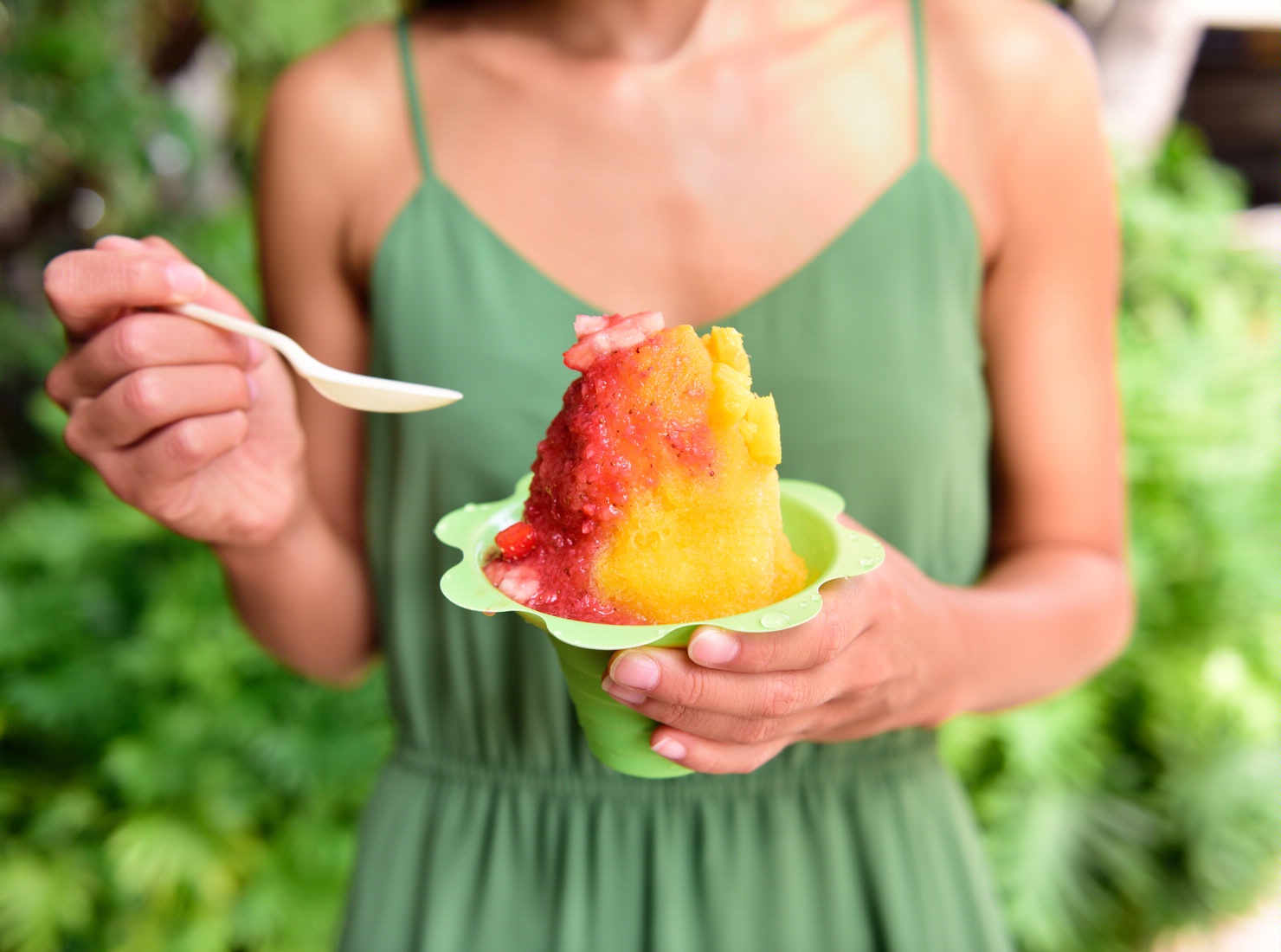 5:15 p.m. | Dine at the Ali’i Luau at the Polynesian Cultural Center

Take a seat in an outdoor theater by a waterfall, sling an orchid lei around your neck, and feast on an all-you-can-eat buffet of traditional Hawaiian food, including pork cooked in an underground imu oven. As you dine, costumed performers play traditional Hawaiian music and dance two different styles of hula. Arrive early to explore the surrounding 42 acres of the center, devoted to half a dozen Pacific island cultures.

This beginner-friendly swimming area in Pupukea is one of the most popular snorkeling and scuba diving spots on the North Shore, with relatively shallow tide pools, caves on the northwest, and reef fish and turtles found in abundance (contrary to its name, sharks are not). When the sun sets, the 45-foot depths and superior visibility of the area make for great night diving.

Drive 12 miles west from Turtle Bay, under the arches of the Rainbow Bridge, and spend a few hours meandering this centralized historic district once devoted to the sugar plantation industry. Today, you’ll find a walkable stretch of galleries, boutiques, and coffee shops that resides in plantation-era buildings, as well as an artist’s haven.

It might be just a ball of frozen water saturated with flavored syrup, but after 65 years, the shaved ice from this Haleiwa institution still brings out serpentine lines of customers pining for the 36 flavors. For a treat with a few more frills, order the Ichiban Special: flavored shaved ice served with a scoop of ice cream and sweet red Azuki beans.

This seventeenth-century temple, with a name that means “hill of escape,” was a religious and cultural center from Oahu’s pre-colonial past. What remains today on the two-acre hilltop site that overlooks Waimea Bay and Waimea Valley are just crumbling rock walls, an eerie reminder of the human sacrifices that once went on within.

Wind down in an outdoor massage cabana with open-air views that overlook gardens and a soundtrack of surf lapping at the shoreline. Alongside a full menu of body wraps, facials, and deep-tissue treatments, there are uncommon offerings like Serene Surrender, a restorative two-hour split between a private yoga session and aromatherapy massage.

From October to March, the North Shore is like nature’s own IMAX theatre: Surfers from across the world resemble tiny ants on 40-foot-plus wave faces, carving and shooting through barrels before the lip smacks the shoreline with a sonic boom. Getting in the water is strictly for experts, but if you post up on the sand at Banzai Pipeline or visit during a contest like the Vans Triple Crown, you’ll see man meeting nature at its most mammoth.

Often overlooked because of the world-class surf break across the way, this historic Hawaiian site is home to a 150-acre botanical garden that’s its own North Shore destination. From the entrance, it’s a three-quarter-mile walk through 5,000 species of plants – including one of the largest collections of loulu palms, a spiky plant that resembles a coconut tree – before finding the 45-foot waterfall at the end. 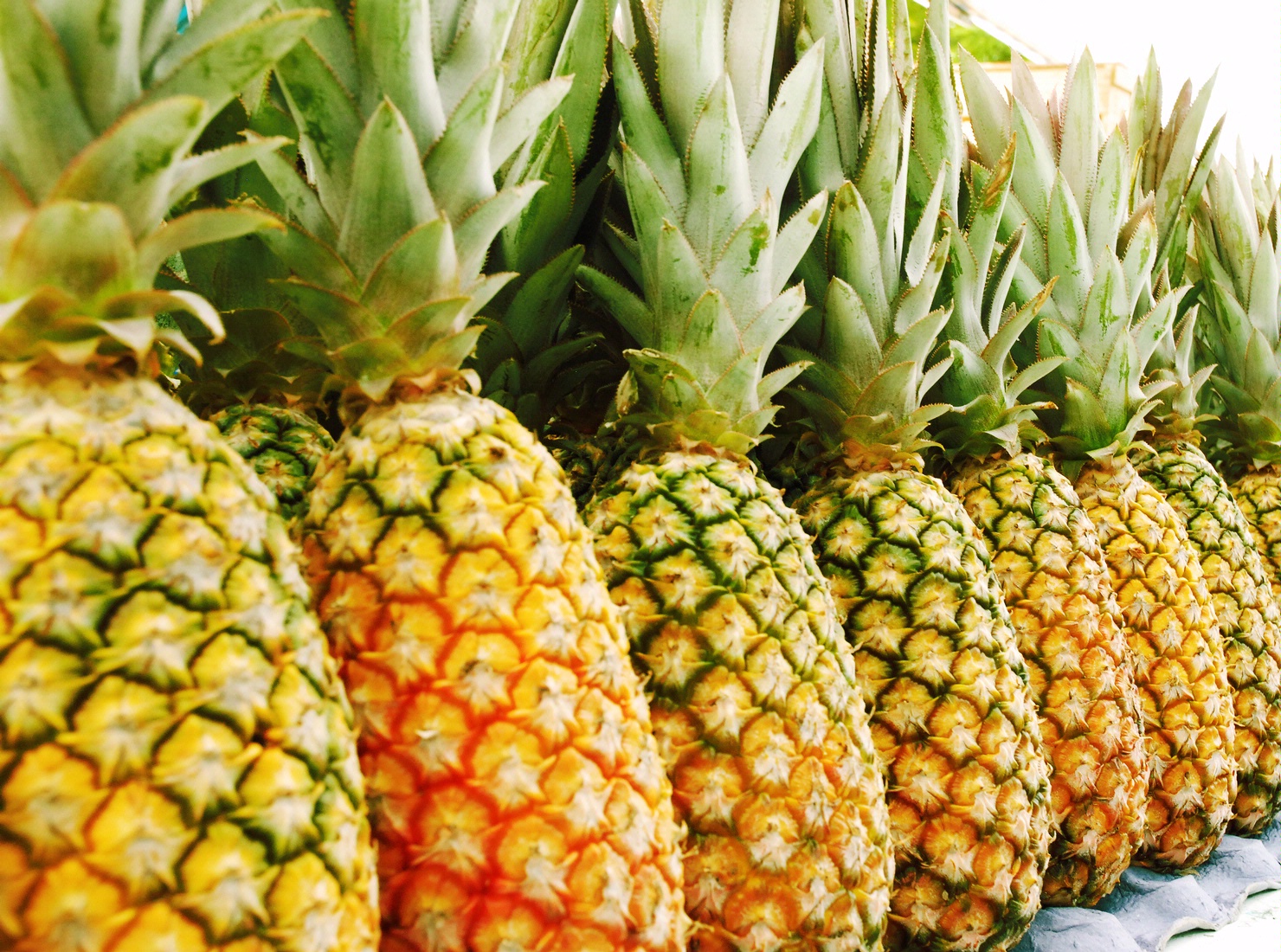 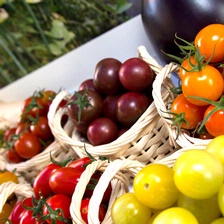 Of all the produce growing in its 40-plus acres on the North Shore, the signature of this family-run farm are the nine varieties of greenhouse tomatoes. The fruits exist in a spectrum of color and taste – from the orange and sweet Kahuku Golden tomato to the deep red and more tart Currant – and make their way from the vine to Whole Foods and local farmers’ markets. 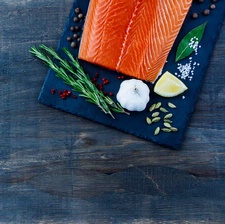 If fishmonger Taketoshi Gibo takes his daily trip to the fish auction and doesn’t find products matching up to his exacting standards, his shop in Honolulu’s old 99 Ranch Market stays closed. Assuming he does, expect superlative sashimi and chirashi bowls made with the best stuff that came out of the ocean that day. 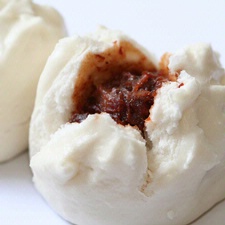 Manapua is a no-frills Chinese delicacy – simply a bun filled with meat – that has been the specialty of this grab-and-go, cash-only shop in Honolulu since 1962. Three varieties (pork, chicken, and black sugar) are made on-site according to recipes handed down through three generations and served in pink boxes that have become familiar sites around the North Shore. 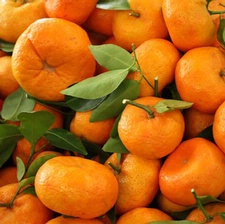 On Thursday afternoons beginning at 2 p.m., this Waimea Valley market draws dozens of local vendors selling everything from seasonal produce to Hawaiian-made coffee and jewelry. It’s also a good spot to pick up ready-to-eat meals made with local fare, like fish tacos, brick-oven pizzas, grass-fed burgers, smoothies, or even coconuts sliced up and ready to slurp at the nearby picnic tables. 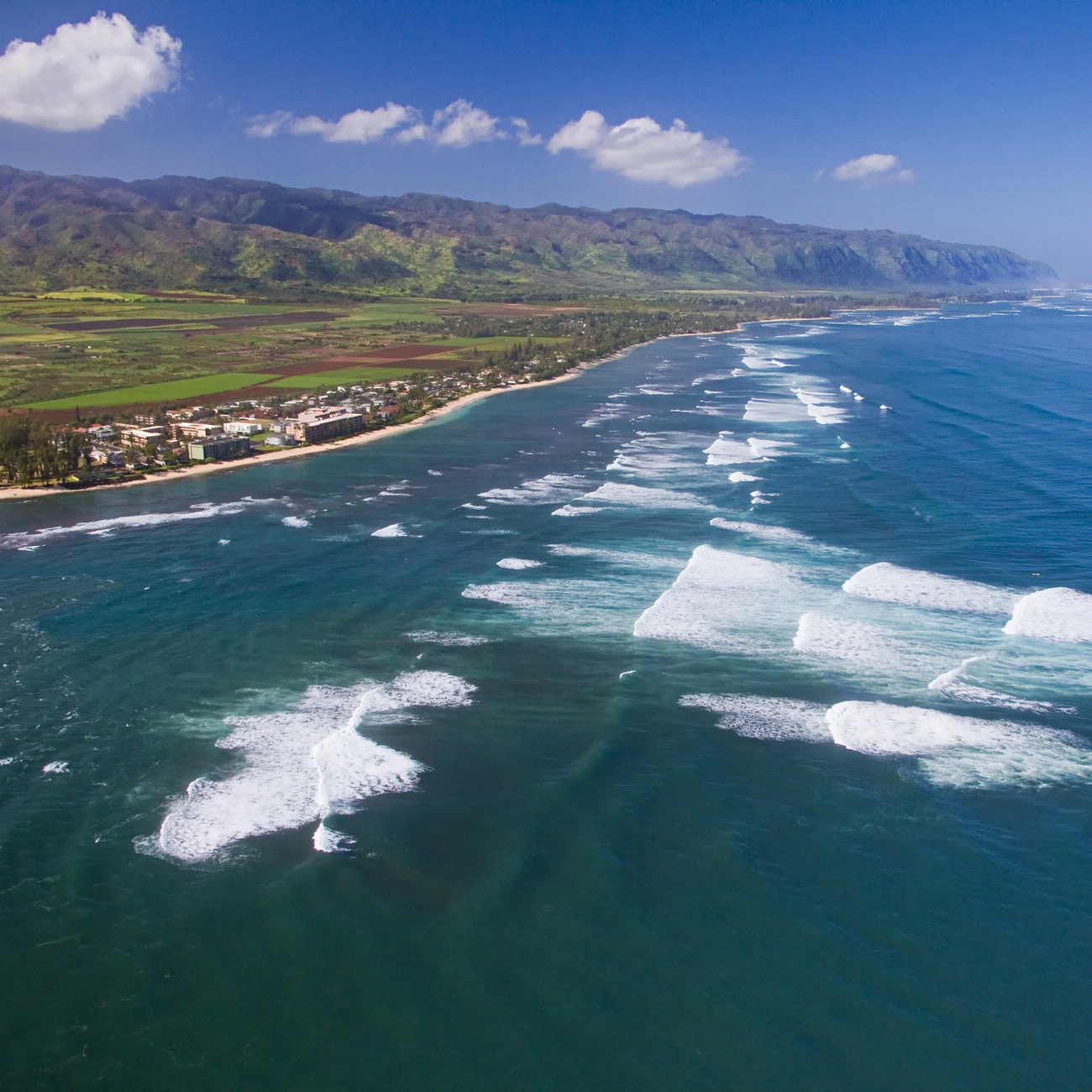 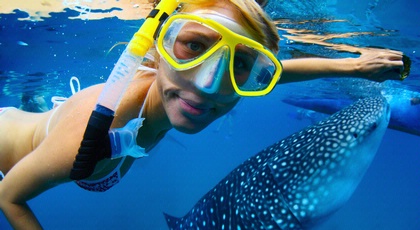 It certainly takes some moxie, but those who have done it have said it was a life-changing experience. We’re talking about diving with free-swimming sharks without a cage – an experience the science-minded maritime tour group at One Ocean Diving specializes in. En route to their research site three miles offshore in Haleiwa Harbor, guests receive a primer in cave-free diving and the finer points of the animal’s biology, physiology, and behavior (hint: making eye contact is essential). They then spend an hour and a half snorkeling in the company of tiger sharks, hammerheads, and other species in their natural habitat (no chumming the waters, here). Along with an unblemished safety record, One Ocean has a history of transforming shark-phobics into shark lovers. 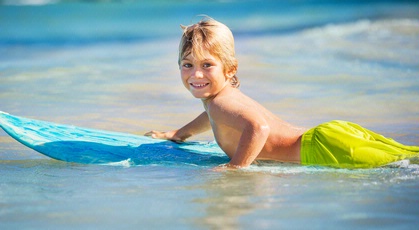 Three-hour guided tour with pros, like Jamie Sterling and Rocky Canon, on the swells of the Seven-Mile Miracle. Whether you're a first timer or advanced surfer, The Hans Hedemann Surf School offers unforgettable, unique lessons to surfers of all skill. 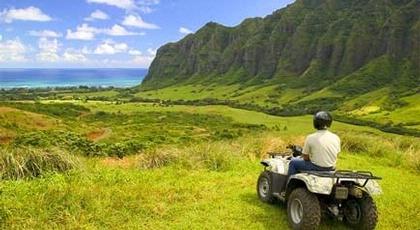 Travel through the Ka’a’awa Valley, the otherworldly backdrop for films like Jurassic Park, on a one- or two-hour guided four-wheeler tour. Immerse yourself in Oahu's unparalleled, scenic beauty on a breathtaking journey through unforgettable mountain terrain. 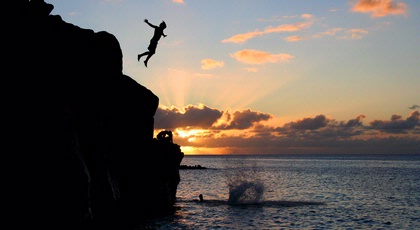 When the North Shore surf dies down for the summer, jump off 30-foot-tall rocks that protrude from the left end of the bay. Wait around until winter to spectate world-class big surf, and have a chance to experience the Eddie Aikau Big Wave Invitational Surf Contest.